A nightmare is described as a bad dream, a horrific experience, or a person, thing, or situation that is very difficult to deal with. Sometimes it can be all three at once. These are some of the best movies of recent years that live up to our expectations of what a nightmare should be; sure to thrill and get the blood pumping.

For a more specialized nightmare, check out our Movie and TV sections for Aliens, Monsters, Werewolves, Zombies, the supernatural and more. 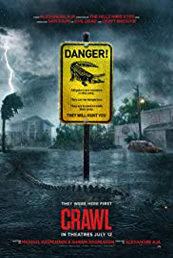 A dangerous hurricane hits a Florida town and a young woman ignores the evacuation orders to search for her father. After finding him injured, they become trapped by floodwaters, but the real threat is yet to come. With the storm outside getting stronger, they find themselves faced with a pack of gigantic alligators. 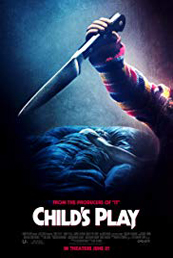 A boy receives a seemingly innocent doll from his mother and quickly becomes best friends with it. The doll then takes on a life of its own and Andy has to band together with neighborhood children to stop the violent doll. 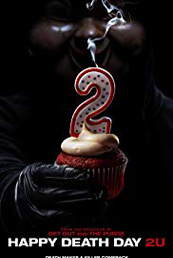 This time, Tree Gelbman wakes up to learn that she’s stuck in a parallel universe. Life has changed drastically and all the people she knows seem to be completely different. When she discovers someone has been altering time, she finds herself once again hunted by a masked killer, dying over and over again once more. 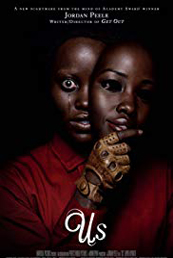 An unexplainable and unresolved trauma from a woman’s past leaves her haunted. She finds this made worse by a string of eerie coincidences. She grows paranoid and sure that something terribly wrong is about to happen to her family. After a day spent at the beach with frinds, she comes home to be confronted by the silhouette of four figures holding hands in the driveway. She finds her family fighting doppelgängers of themselves. 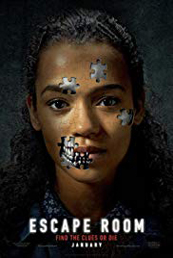 Six strangers find themselves in a maze of rooms that they must outwit to escape. 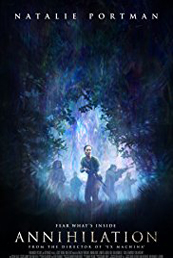 A biologist goes on a dangerous and secret expedition into an unknown zone where she finds that the laws of nature don’t apply. 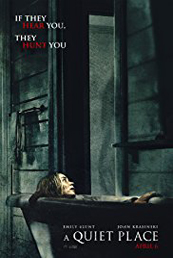 “If they hear you, they hunt you.” A family in a post-apocolyptic world tries to survive by not making a noise while they are hunted by monsters with extra-sensitive hearing. 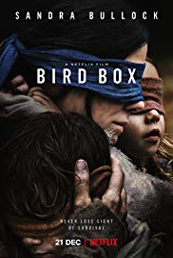 In a world where a mysterious force has driven most of the population to suicide, a woman and her children embark on a dangerous journey, blindfolded, through the woods and down a river to find the one place that may offer sanctuary. 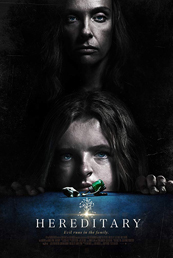 When her mother passes away, a woman and her children begin to unravel increasingly terrifying secrets about their ancestry. Can they outrun their fate? 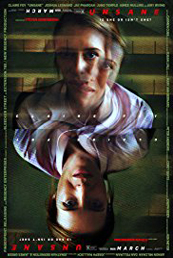 Sawyer Valentini relocates to escape from her stalker. While seeing a therapist, she unwittingly signs in for a voluntary 24-hour commitment to the Highland Creek Behavioral Center. Her stay is extended when doctors begin to question her sanity. She believes that her stalker works at the hospital and she will do whatever it takes to get out. 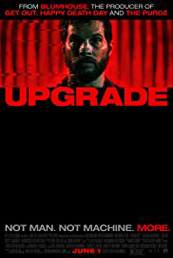 After a mugging leaves Grey Trace paralyzed and his wife dead, he seeks revenge with the help of an AI implant called STEM. 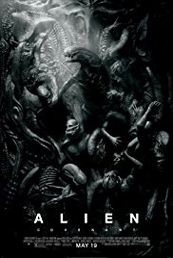 While on a voyage to a remote planet, the crew of the Covenant, a colony ship, discover a planet that they think is paradise. While on this new planet, they meet a survivor of the doomed Prometheus expedition and begin the fight for survival against a hostile alien species. 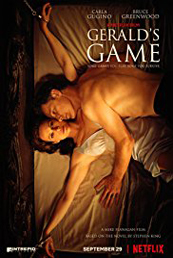 Based on a Stephen King Novel, a couple on the rocks retreat to an isolated cabin to try to spice up their marriage. When a kinky game goes wrong, a woman accendentally kills her husband, leaving her handcuffed to the bed with no hope of rescue. 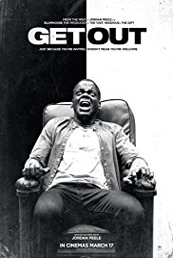 Chris and his girlfriend, Rose, have reached the stage of dating where it is time to meet the parents. At first, Chris decides that the family’s overly friendly nature is an attempt to hide nervousness over the interracial nature of his relationship, but as the weekend continues, he makes some disturbing discoveries. Can he escape the nightmare? 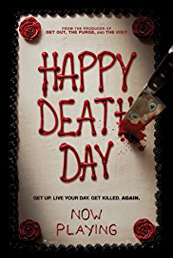 A self-centered young college girl relives her death each day until she can figure out who killed her. 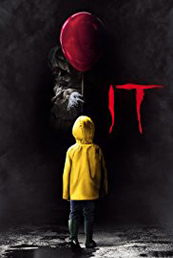 Based on a Novel by Stephen King, a group of kids team up to fight a shapeshifting monster, disguising itself as a clown and threatening the children of their small town in Maine. 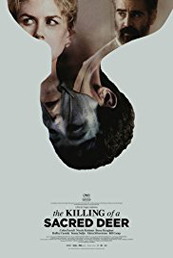 A psychological supernatural horror film directed by Yorgos Lanthimos. A cardiologist and his opthemologist wife live an idylic life with their children until the doctor takes a fatherless teen under his wing. The doctor is forced to make an unsettling decision when the teen’s plan becomes menacingly clear.