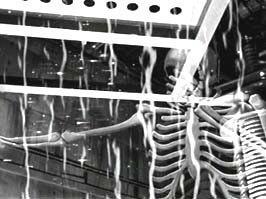 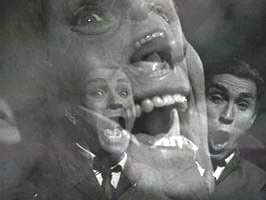 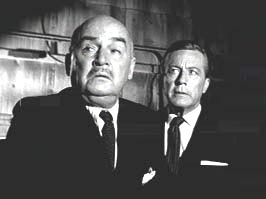 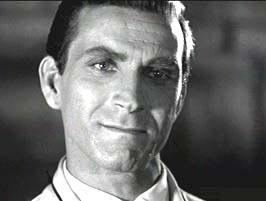 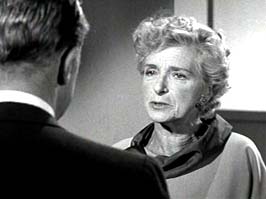 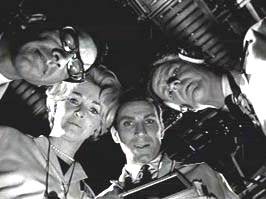 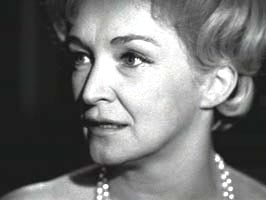 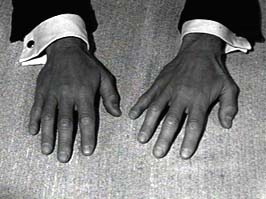 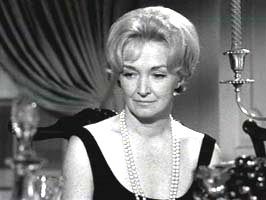 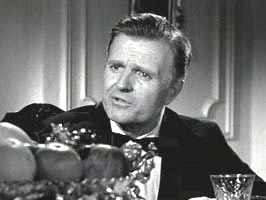 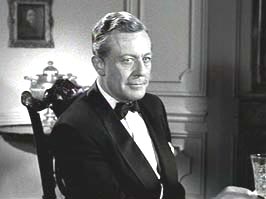 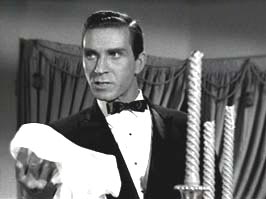 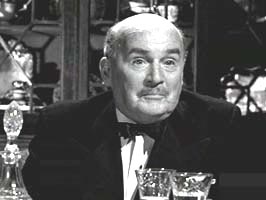 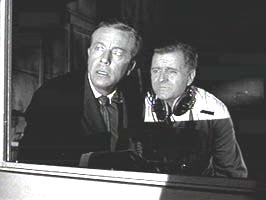 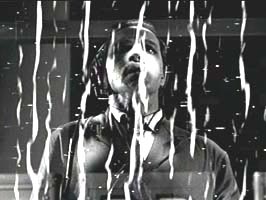 Scientists develop a technique for sending living matter into another dimension, which may be the after life.

Fans of dimensional travel stories, or of tales involving people’s attempts to reach through the veil into the land of the dead, should have fun with this episode. Mark Richman (Star Trek:NG) gives an intense, Rod Serling like performance as the scientist. Actress and famous acting teacher, Nina Foch (“Tales of the City”) offers strong support as Richman’s wife.

A scientist develops a way of entering another dimension. He gets the funding from a rich man to expand his experiments. In return, he agrees to try to contact the rich man’s dead son, on the “other side”.

The scientist sends inanimate objects, as well as flowers and white rats, into the other dimension. Meanwhile, phony psychics plot to wreck his experiments.

While the scientist is in the fourth dimension, a psychic disrupts the power supply. The scientist’s wife pulls him out of the other dimension. Desperate to contact his dead son, the rich man enters the inter-dimensional chamber, disappearing.

Director/Writer Leslie Stevens’ THE BORDERLAND is an unusually convincing tale of inter-dimensional travel.

Mark Richman (“The Probe”) is compelling as a man determined to explore another dimension, even at the risk of his life. With his glittering eyes and lean, muscular face, Richman, under Stevens’ taut direction, brings just the right degree of intensity to lines like, “And what we have discovered, in this invisible field, is a doorway, a doorway into the fourth dimension.”

Actress and acting coach, Nina Foch (“Tales of the City”) is vivid as Richman’s mathematician wife. She is convincing, as being both a dedicated scientist and as a woman, very much in love with her knowledge seeking, risk taking husband.

Director Steven’s Teleplay achieves a balance rare in Sci-Fi fables. The character development and the pseudo-science stuff are given equal time.

The episode’s chief FX involves things “whiting out” and reversing as they travel into another dimension and back. The serviceable, if not dazzling, FX are courtesy of Butler-Glouner, Inc.

My favorite scene takes place at a dinner party at the home of a wealthy man. After explaining that he put his left hand into another dimension, Richman puts his hands on the table, revealing two right hands!

The music is mostly recycled stuff, including the trumpet-flavored score usually heard over the series’ end credits. Dominic Frontiere is the responsible party.

THE BORDERLAND should be fairly watchable for most Sci-Fi viewers. Those interested in tales involving attempts to contact or reach the “other side” will be fascinated. THE BORDERLAND will knock you dead!

IF you liked THE BORDERLAND, you should enjoy: Corpus Earthling, The Children of Spider Country, The Special One.
Outer Limits Episode Index