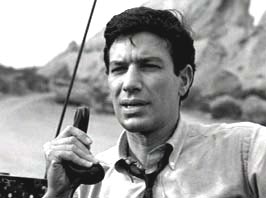 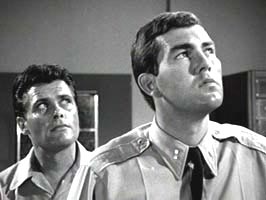 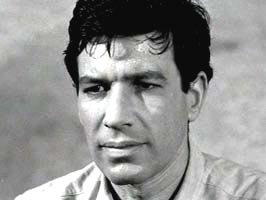 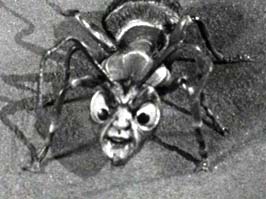 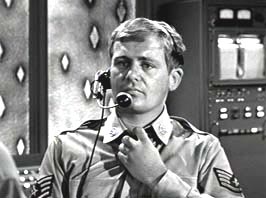 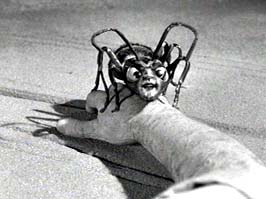 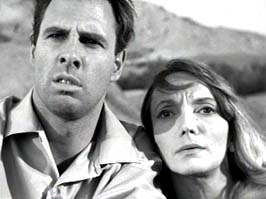 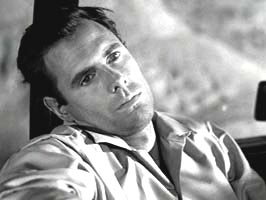 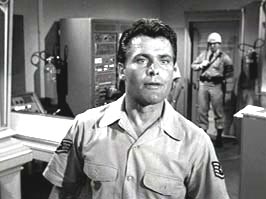 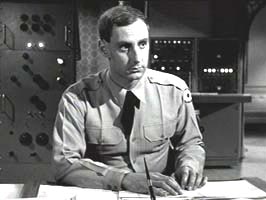 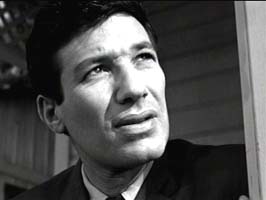 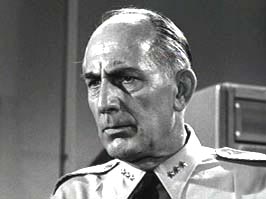 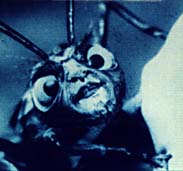 Alien criminals are sent to Earth, and promptly begin to do battle with humans.

If you dig stop motion photography, this episode will be your cup of tea. Bruce Dern (“Silent Runing”), fans will enjoy catching him in a small, early role. Some Sci-Fi viewers, particularly children, seem to really enjoy the stop motion, animated Zanti aliens, that resemble oversize ants. Others may find themselves clutching a can of Raid during the show. 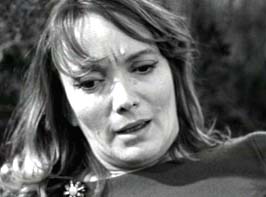 An alien prison ship is sent to Earth. A man and woman break into it’s desert landing site. When the man investigates the beehive-shaped spaceship, a large, ant-like alien kills him.

A historian, working for the military, rescues the woman. He brings her back to a military base in a ghost town. The alien spaceship lands in the town.

The ant-like aliens attack. Some humans are killed, but soon all the alien creatures are dead. Aliens, via radio from their home planet, thank the military for killing their criminals for them. 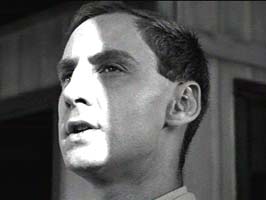 Director Leonard Horn’s, THE ZANTI MISFITS, while containing some interesting ideas, is not one of the better “Outer Limits” episodes.

The Zanti’s, oversized ants, look silly rather than scary. They scurry about via stop motion photography, courtesy of Jim Danforth, Paul Le Baron, and Ralph Rodine of Project Unlimited, Inc.

Michael Tolan, as a historian who is eager to participate in a history-making event, is impressive. It’s also fun to catch Bruce Dern in an early role as a criminal on the run.

I had no favorite scene.

Producer/Writer Joseph Stefano’s dialogue is crisp and effective. At one point, Tolan remarks, “History has been recorded in some pretty morbid places, Major. But when a historian, named Grave, finds himself in a ghost town called Morgue…”

Director of Photography, John M. Nickolaus, Jr., delivers some striking images. An early shot of tumbleweeds rolling over the fallen down sign for Morgue, California, is particularly good. The music, by Dominic Frontiere, is adequate to the occasion.

THE ZANTI MISFITS will not be very watchable for most Sci-Fi fans. Some children may enjoy this episode, although the very small fry might be spooked by the creepy, crawly Zanti’s. Even “Outer Limits” nuts will have a hard time getting ants in their pants over this episode.

If you liked THE ZANTI MISFITS you
should enjoy: Cry of Silence & Specimen Unknown.
Outer Limits Episode Index