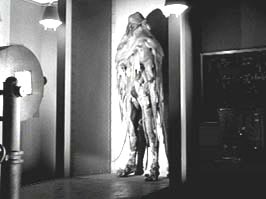 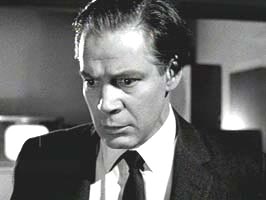 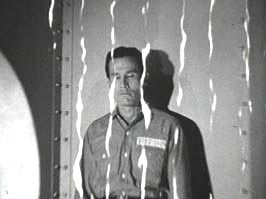 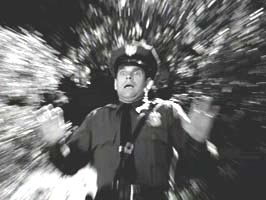 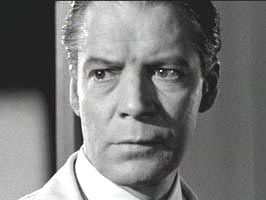 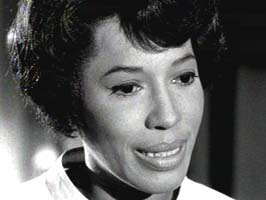 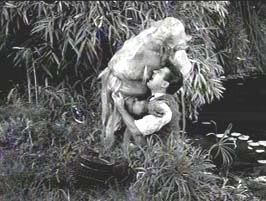 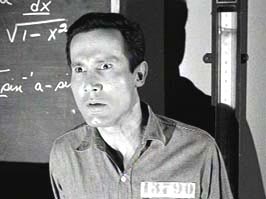 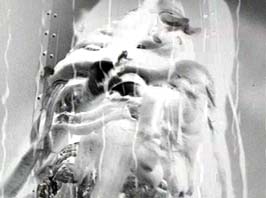 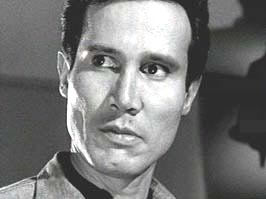 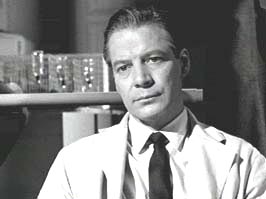 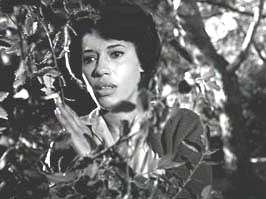 Alien and Earth scientists take part in an experiment to teleport representatives to each other’s worlds.

The episode’s premise, which involves turning a person into a light beam and teleporting them to another planet, was quite advanced for its time. Henry Silva (Alligator) gave a fascinating performance as a convict, who sees participation in the teleportation experiment as his way out. 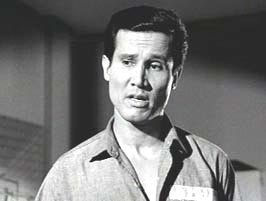 A convict volunteers for an experiment involving teleportation to a distant planet. He moves into a scientific institute to prepare for the trip.

An alien being is teleported to Earth. While it goes on a rampage, the convict makes an escape attempt. When he is recaptured, the convict is blamed for a murder committed by the alien.

Attempts to teleport the convict to the alien world are unsuccessful. The murderous alien is teleported back to his planet. 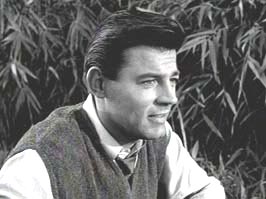 A scientist meets at a prison with three convicts. As astrophysicist, Michael Higgins (“On Valentine’s Day”) explains, “We need a man who will allow us to break him up into electrical particles and transmit him into space at a speed greater than that of light. It’s called teleportation.”

Henry Silva (“Alligator”) as the convict who volunteers for the experiment, is an energized screen presence. Under Crosland’s authoritative direction, Silva comes across like a lean and hungry wolf, just looking for the opportunity to spring. After volunteering, he sarcastically tells a prison guard, “Tell mom I won’t be home tonight.”

The basic premise of this episode, (Teleplay by Bill S. Ballinger and Joseph Stefano; Story by Bill S. Ballinger and Lou Morheim), which involves turning a person into a beam of light and zapping them light years away to another planet, was rather fresh in 1963. “Star Trek”, with its casual “beaming” people down to planets via a transporter, wasn’t to debut for another three years!

The episode’s biggest flaw is it’s gooey, silly alien. The creature from the planet, Chroma, is a guy in a white jello suit with clicking claws. No one takes credit for it’s creation, which is understandable.

The main Special Effects involve a teleportation device that shoots a ray, creating vertical, which are wiggly “transport” lines. The fairly effective FX are by Project Unlimited, Inc., and M.B. Paul of the Optical Effects Unit.

Director of Photography, Conrad Hall, delivers some striking screen imagery. Memorable is a shot of Silva reading a book in the lab, as mice cavort in a cage in the foreground.

The music, by Dominic Frontiere, is a rather mixed bag. At times sad and haunting, the music periodically devolves into standard, horror movie type orchestrations.

THE MICE will be somewhat watchable for some Sci-Fi viewers. Fans of realistic aliens should steer clear of this episode.

If you liked THE MICE you
should enjoy: Do Not Open Till Doomsday, The Probe, The Guests.
Outer Limits Episode Index