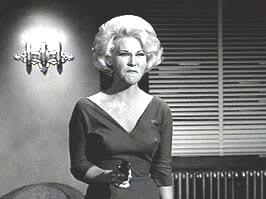 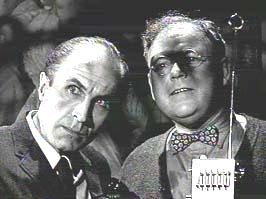 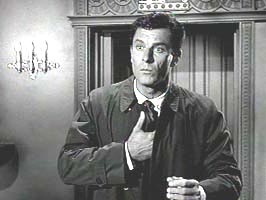 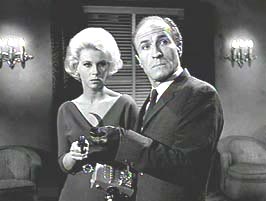 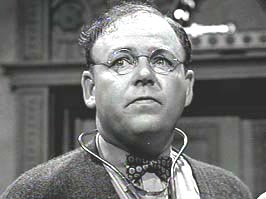 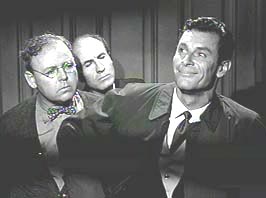 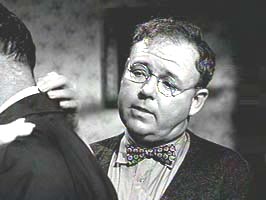 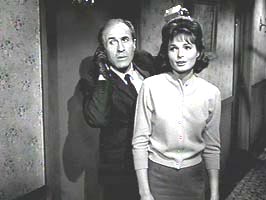 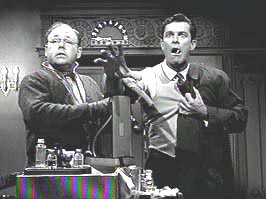 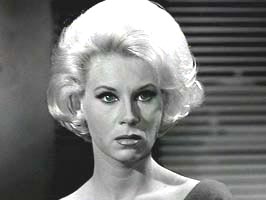 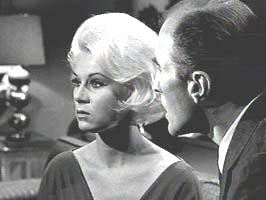 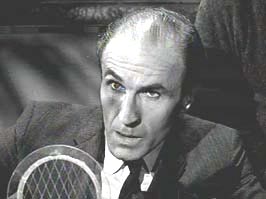 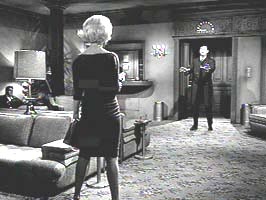 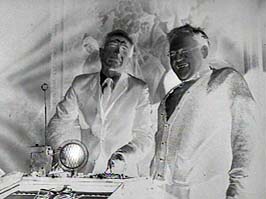 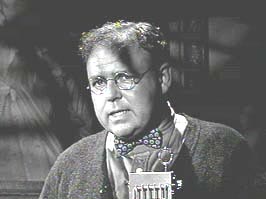 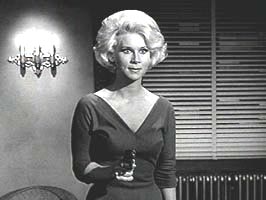 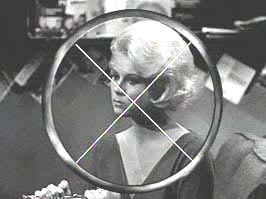 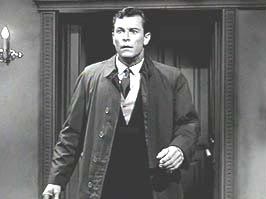 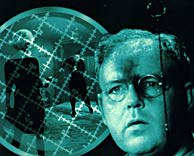 This is certainly one of the more entertaining of the “Outer Limits” episodes. If you like Carroll O’ Connor (“All in the Family”) and/or Barry Morse (“The Winds of War”) you’re in for a fun fest. Note Grace Lee Whitney (“Star Trek”), in an important supporting role, years before she explored the universe on the U.S.S. Enterprise.

On earth a newly arrived Martian visits a resident Martian who operates an outpost/pawnshop. The visiting Martian is here to study the curious Earth habit of murder.

Going to a nearby hotel lobby, the Martians witness a murder. Using a strange Martian gizmo, they observe the event forwards, backwards, and in slow motion.

Carroll O’Connor (“All in the Family”) and Barry Morse (“Space 1999”) play two Martians, named Deimos and Phobos. Although the teleplay doesn’t point out that these are also the names of Mars’ two moons, it’s a nice inside joke for those up on their astronomy.

O’Connor runs an “outpost” on Earth, in the form of a pawnshop. He’s been here for awhile and likes his job. Barry Morse is a Martian inspector, who has just arrived on Earth to conduct an experiment involving the unusual Earth custom of murder. As Morse puts it, “It happens only here on this weird little planet, nowhere else in the galaxy.”

Determining that a murder will take place in a nearby hotel in a few minutes, O’Connor and Morse hustle over there. Hiding in the potted plants, Morse and O’Connor observe the murder, then use a special Martian gizmo to move time backwards, and forwards, and to slow it down, in order for Morse to learn more about the act of murder.

As the Martian’s Deimos and Phobos, O’Connor and Morse are a study in contrasts. The plump O’Connor, who has gained great fame via gruff portrayals, on TV’s “All in the Family,” and “In the Heat of the Night,” is here being wistful and moody. Morse, best known as the driven Inspector Gerard, on TV’s “The Fugitive,” gives a zestful performance as the visiting Martian, who digs coffee and cigarettes as much as he enjoys messing around with time.

Surprisingly, seeing the same event over and over again, (a man coming down an elevator in a hotel and being shot in the lobby by his jealous girlfriend), does not become boring.

Grace Lee Whitney (Yeoman Rand on “Star Trek”) gives a lively, early career performance as a tough talking, wronged blonde with a gun. Robert Fortier offers able support as her murdered lover, who gets a second chance at life.

My favorite scene takes place when O’Connor introduces Morse to the Earth habits of coffee and cigarettes. Morse’s delighted response is like a small child sampling cake and ice cream for the first time.

Director of Photography, John M. Nickolaus Jr., makes maximum use of the episode’s hotel lobby set, using clever angles and camera setups to avoid viewer boredom. Particularly good is a shot of Whitney in the cross hairs of a mind reading scope, as we hear her thoughts.

The music, by Dominic Frontiere is gentle and dreamy. The use of a harp, zither, and echo chamber helps convey the episode’s dream-like mood.

The main FX in the episode involve seeing events in slow motion and backwards, as well as a flashing light/negative image effect every time the “miniaturized temporal condenser” is operated by the Martians. The Special Photographic Effects were Designed and Created by Ray Mercer and Company, and are quite effective.

IF you liked CONTROLLED EXPERIMENT, you should enjoy: Fun and Games, A Feasibility Study, Nightmare.
Outer Limits Episode Index