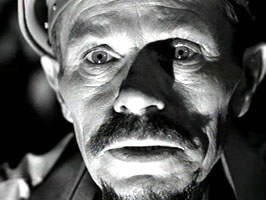 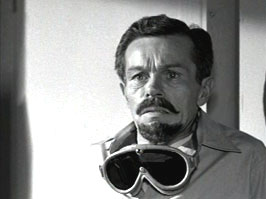 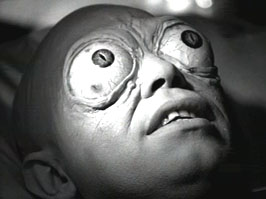 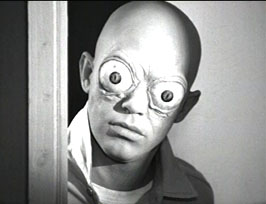 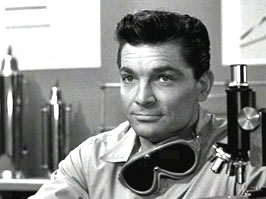 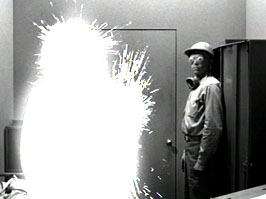 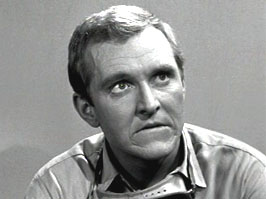 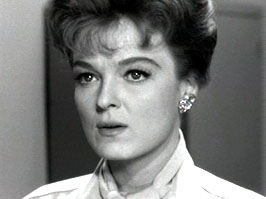 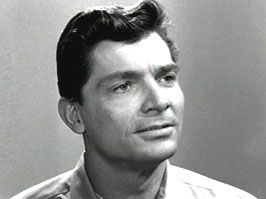 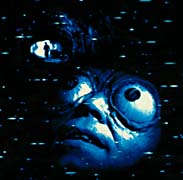 On an alien planet, a mutated human holds his fellow colonists captive.

If you like bug eyed aliens, check out Warren Oates (Blue Thunder) fried egg peepers. The FX, involving people dying, sparking out, and disappearing, are rather good. 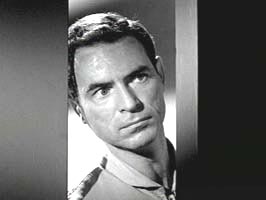 A space administration representative arrives at an outer space colony. Everyone on the planet wears goggles to protect themselves from the intense radiation.

The space administration guy discovers one of the colonists is mutating into an alien. The Earth official has himself hypnotized, in an attempt to avoid the mutant’s E.S.P. mind probing. The mutant kills several colonists.

The space bureaucrat and a female colonist flee to a nearby cave. The mutant follows them. The mutant dies, freeing the surviving colonists from his control. 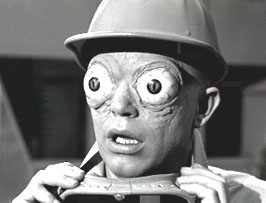 The script, (Teleplay by Allan Balter and Robert Mintz; Story by Jerome B. Thomas), makes little attempt to convince us that we’re really in an alien world. Yeah, okay, the sun never sets, and it periodically rains tinsel. Mostly, however, we just see folks in Sears construction site clothes, hanging out in an unimpressive sheet metal shack, or wandering about in the woods, with occasional side trips to a nearby cave. Yawn!

Warren Oates does what he can, with a role that requires him to wear large goggles most of the time. If eyes are the windows to the soul, then I guess the window’s shut and the shades are pulled down, so to speak.

Without his goggles, Oates has large, convex FX eyes, that look like fried eggs. They don’t move, or blink, and are totally unconvincing. Makeup Supervisor, Fred B. Phillips, is the apparent guilty party.

When people occasionally die, we see sparklers and white light, and then they disappear. The result is like an elementary version of famous beaming up effect from “Star Trek”. The decent FX are courtesy of Special Effects guy, Si Simonson, Optical Effects Unit person, M.B. Paul, and Project Unlimited Inc.

Director of Photography, Kenneth Peach, gives us some good, low angle shots inside the cramped space colony building. It helps to create a realistic sense of claustrophobia, like in a submarine.

The music is in the traditional, odd, mysterioso, high-pitched, “Outer Limits” vein. Dominic Frontiere gets the credit.

THE MUTANT may be slightly watchable for some Sci-Fi viewers. Warren Oates fans may be entertained. THE MUTANT is not worth eyeballing!

If you liked THE MUTANT you
should enjoy:Moonstone & The Invisible Enemy.
Outer Limits Episode Index