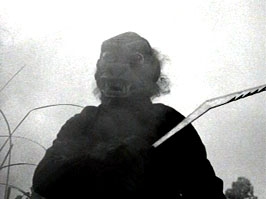 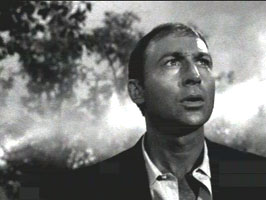 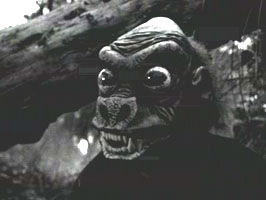 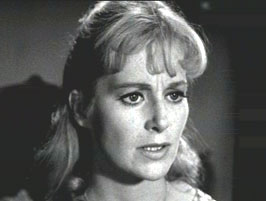 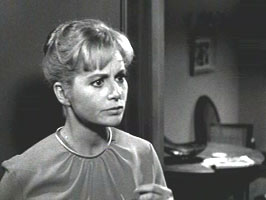 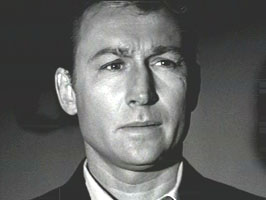 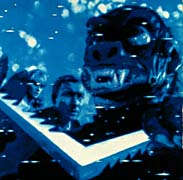 Two humans are transported to a strange world where they must battle aliens, with the fate of the Earth hanging in the balance.

Nick Adams (The Rebel) is totally credible as a boxer on the run, who fights for his life on an alien world. Robert Johnson, as an alien, called The Senator, has terrific makeup. 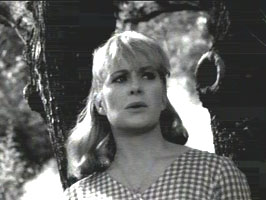 >A guy witnesses a murder at a poker game. On the run, he is teleported to an alien world, along with an Earth woman.

The man and woman are pitted against male and female aliens in a “game”, with the fate of the Earth hanging in the balance. The female alien is found dead, apparently killed by it’s male counterpart for her food.

The man is attacked by the alien monster. The woman uses an alien boomerang to kill the alien. Having saved the world, the guy and gal are returned to Earth, getting on with their lives. 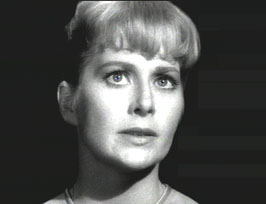 Nick Adams, who came to fame, as TV’s “The Rebel”, is quite good playing a former prizefighter who hates confinement. He is persuasive as a fugitive on the run who only reluctantly chooses to fight for the Earth’s survival.

Nancy Malone is Adam’s blond, pretty, anti-violence teammate. Malone holds our interest as a pacifist who must decide if she can discard her strongly held beliefs, in order to save someone she cares about.

The dialogue in this episode, (Teleplay by Robert Specht and Joseph Stefano; Story by Robert Specht), is better than usual. When the alien game master asks Adams, “Are all of you that preoccupied with death?,” Adams succinctly replies, “Only game you can’t win.”

There are two types of aliens in this episode. The ones that you see clearly, Adams and Malone’s alien opponents in their battle for survival, look silly, with unconvincing Halloween mask-type heads. But the alien running the game, “The Senator” (Robert Johnson) is mostly kept in the shadows, and as a result is a more effective alien presence.

The music in the episode is quite varied, ranging from dreamy, harp stuff to brassy, cliched “action” music. Dominic Frontiere once again gets the music credit.

My favorite scene takes place late in the episode. As Adams hangs by his arms from a log bridge, suspended over a deadly boiling lake, an alien stomps on his hands with it’s big-clawed alien feet. Malone shows up, grabs an alien boomerang, then wrestles with her pacifist feelings as Adams cries for help. It’s a wonderfully suspenseful Sci-Fi scene.

Director of Photography, Kenneth Peach, excels in the episode’s outdoors scenes. A shot of the forest, pierced by diagonal beams of sun light as Adams runs by, is terrific.

FUN AND GAMES should be rather watchable for most Sci-Fi viewers. Fans of the late Nick Adams are in for a treat. FUN AND GAMES is a winner!

If you liked FUN AND GAMES you
should enjoy:The Probe, A Feasibility Study, Controlled Experiment.
Outer Limits Episode Index