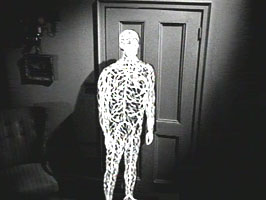 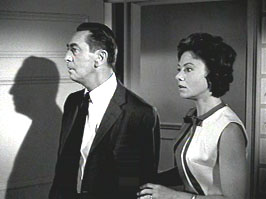 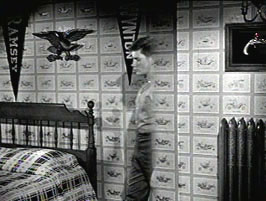 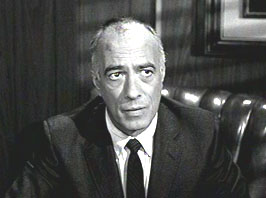 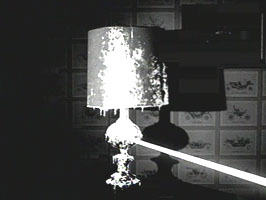 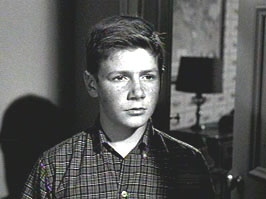 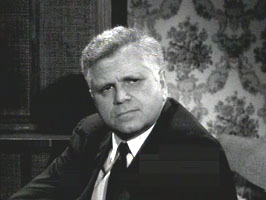 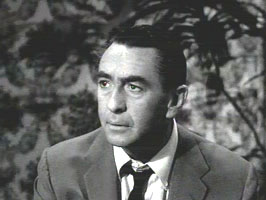 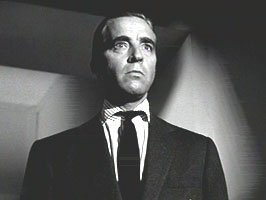 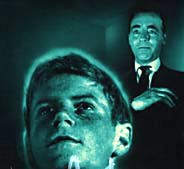 An alien plots to take over the Earth with the help of a bright, fourteen year old boy.

Richard Ney (Mrs. Miniver) delivers a polished performance as a cultured humanoid alien. MacDonald Carey is warm and memorable as the boy’s father. 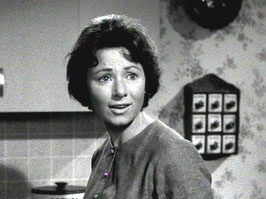 A special government tutor shows up to enlist the aid of a bright fourteen year old boy for a special project. The boys parents go along with this.

The father discovers the tutor is actually an alien from space who is controlling his son. Dad can not convince a “real” government official that his son’s tutor is an alien.

Dad confronts the tutor/alien, who tries to use mind control to make the father kill himself. The boy uses a gizmo, that he and the alien have built, to turn the air unbreathable for the alien. The alien leaves. 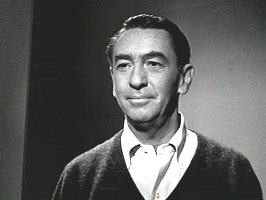 THE SPECIAL ONE, directed by Gerd Oswald, is an entertainingly paranoid Sci-Fi tale.

Richard Ney is cultured and urbane as the human-looking alien, Mr. Xeno. He brings to mind Michael Rennie, in “The Day the Earth Stood Still”, but has a more sinister screen presence.

MacDonald Carey offers able support as the father of an intellectually gifted son. He plays the kind of concerned, sensitive dad most of us would love to have had growing up.

“Happy Days” fans may enjoy seeing Marion Ross, as what else … a mother. Edward Platt, who scored big several years later, as ‘The Chief’ on “Get Smart”, has a small role as a government employee.

The Teleplay, by Oliver Crawford, has some curt dialogue. When Carey briefly detains the human-looking alien, to talk to him about his son’s tutoring schedule, Xeno (Ney), abruptly ends the conversation after a short while with, “This little colloquy has already cost me two and a half minutes.”

The FX involve people walking through walls, as well as laser-like beams of light. The Special Photographic Effects were Designed and Created by Project Unlimited, Inc.

My favorite scene takes place when Carey discovers that Xeno/Ney is in his son’s room in the middle of the night. Secretly following him, Carey is stunned to see Xeno exit by walking through the front door.

Director of Photography, Kenneth Peach, is quite creative here, utilizing fish-eye lenses, shadows on walls, and low camera angles to help weave an other worldly mood.

The music, by Dominic Frontiere, is tense and foreboding, helping to build a growing sense of dread throughout the episode.

THE SPECIAL ONE will be fairly watch able for most Sci-Fi viewers. Those who watch “The Outer Limits” for weird-looking aliens may be disappointed.

If you liked THE SPECIAL ONE you
should enjoy:The Inheritors, The Invisibles, Children of Spider County.
Outer Limits Episode Index