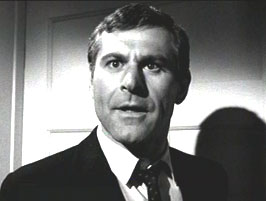 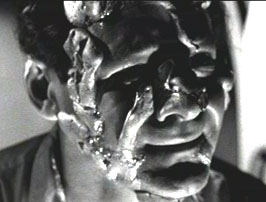 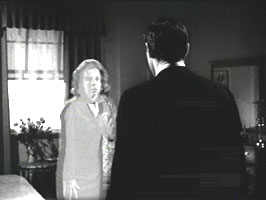 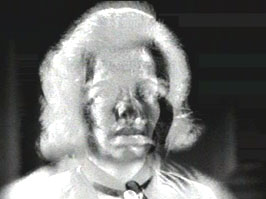 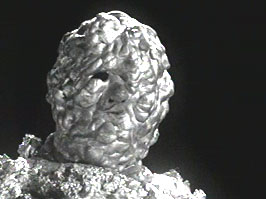 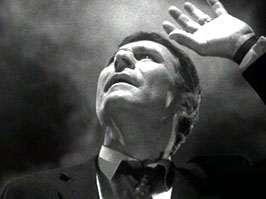 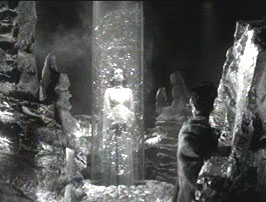 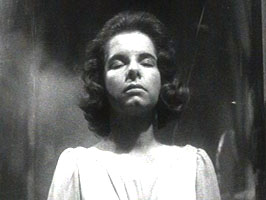 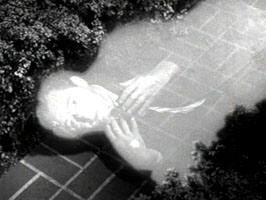 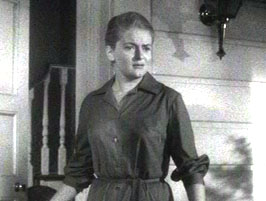 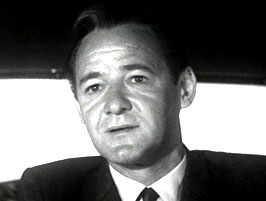 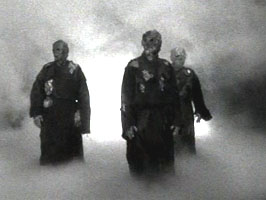 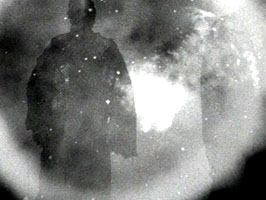 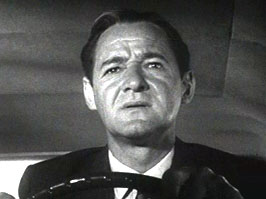 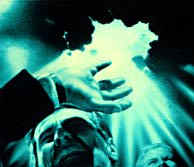 Six square blocks of an American neighborhood are teleported by aliens to another planet.

Sam Wanamaker (Superman 4) gives a dynamic performance as a kidnapped Earth man. The matte painting, depicting the crater left when the neighborhood is stolen, is cool. 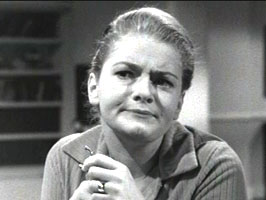 Aliens come to Earth, stealing a six block suburb and transporting it back to their world. A doctor and his neighbor discover what has happened.

The doctor meets with his neighbors, telling them of the alien’s plans for Earth. The doctor and his neighbors deliberately choose to become infected with the alien virus, saving the Earth by their sacrifice. 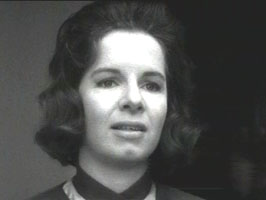 At night, a spaceship appears over a U.S. suburb. After firing a ray at a neighborhood, a six block square area disappears.

Sam Wanamaker is passionate and credible as a man trying to cope with alien abduction. He brings power and believability to lines like, “It wasn’t your husband, It wasn’t even a man.”

David Opatoshu is wasted in the role of a neighbor, contaminated by alien contact. Opatoshu, who was so eloquent as the alien ruler, in Star Trek’s “A Taste of Armageddon” episode, mostly mugs and grimaces here, to poor effect. Phyllis Love and Joyce Van Patten offer strong support, as the wives of Wanamaker and Opatoshu’s characters. Van Patten is quite sympathetic as a woman whose husband first disappears, then comes back in alien/mutated form.

My favorite scenes are those which depict the huge crater on Earth where the abducted neighborhood once was. The matte painting is excellent. Ray Mercer and Company appear to be the responsible party.

The music, by Dominic Frontiere, is less heavy-handed than usual. Subtle, woodwind music helps to build an appropriately odd mood.

A FEASIBILITY STUDY should be highly watchable for most Sci-Fi viewers. Those with an interest in alien abduction stories will enjoy this one.

If you liked A FEASIBILITY STUDY you
should enjoy:Controlled Experiment, Nightmare, Fun and Games.
Outer Limits Episode Index