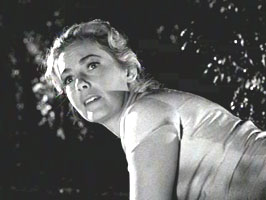 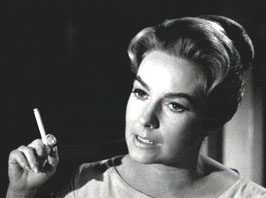 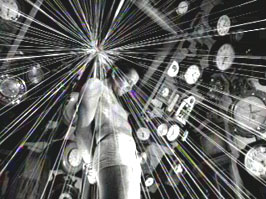 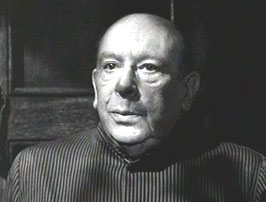 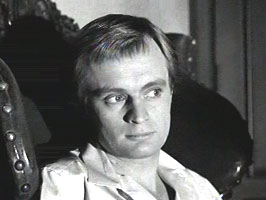 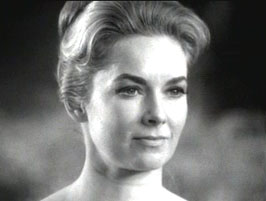 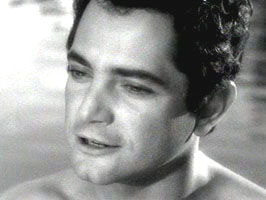 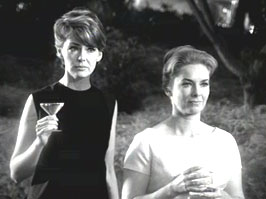 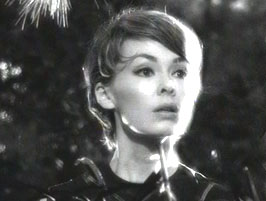 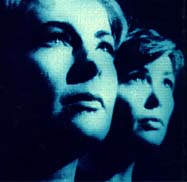 The Forms of Things Unknown

A strange young man, with a “time tilting” device, has the power to bring the dead back to life.

This is an odd episode, involving death, time travel, and rebirth. David McCallum (The Man from UNCLE) is excellent as Mr. Hobart, an odd fellow who tinkers with time. Vera Miles delivers an icy performance as a woman who kills her evil employer, then has to deal with him when he is reborn. 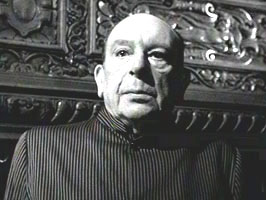 Two women kill their evil boss. In a rainstorm, they end up at an isolated mansion, with the dead body in their trunk.

An odd young man at the mansion has a “time tilting” device, that can bring the dead back to life. He uses it to restore animation to the dead boss, not knowing he’s evil. The revived, dead man resumes his nasty behavior.

The formerly dead boss, trying to run over one of the women, crashes his car, dying again. The time tilting fellow, a formerly dead guy himself, decides that the dead ought to stay dead. He climbs into his machine, disappearing from view. 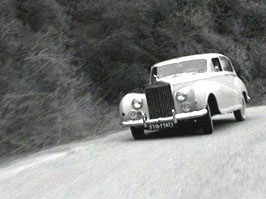 Director Gerd Oswald’s THE FORMS OF THINGS UNKNOWN is a strange but well made Sci-Fi tale.

David McCallum is fine as a man who has invented a device which tilts time. As he explains it, “Suppose the past and the present are separate time cycles, co-existing, coiling about us concurrently. Tilt it one way, the present would slide into the past. Tilt it the other, the past would tumble into the present, and with it would come past things as they were before they died.”

McCallum, looking a bit like Laurence Olivier in his filmed “Hamlet”, exhibits the grace, charm, and polish that was to make him such a big star, just a short time later, in TV’s, “The Man from U.N.C.L.E.” 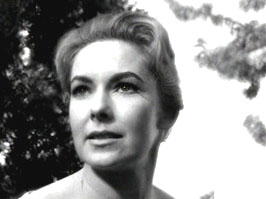 Vera Miles registers strongly as the ultimate cold, bitch goddess. She has great icy delivery on lines like, “This is the kind of neighborhood I was looking for. A good neighborhood for unmarked graves”.

Barbara Rush, who usually is composed and poised on screen, plays her character, frightened and emotional, like a raw nerve. Her vulnerability is a fine contrast to Miles’ icy control freak.

Sir Cedric Hardwicke is delightful as the blind owner of an isolated mansion, who is mistaken for the house’s servant by Miles and Rush. His many years of distinguished stage and screen work show in his impeccable delivery of lines like, “My Mr. Hobart tinkers with time, just as time has tinkered with Mr. Hobart.”

Scott Marlowe is effective as a boss from hell who is killed and brought back to life. His handsome face, frequently smiling, is a cover for an evil, dark heart.

My favorite scene takes place early on. Marlowe, a real bastard, makes his employees, Miles and Rush, wade into a lake, in skirts and high heels, to serve him a drink. The decadent scene brings to mind, Fellini’s “8 1/2”.

Director of Photography Conrad Hall ‘s work is top notch. His frequent use of canted, (tilted), camera angles disorients the viewer, in service of the odd story.

The music, by Dominic Frontiere, is diverse. Sometimes it’s driving and insistent, at other times gentle and waltz like.

THE FORMS OF THINGS UNKNOWN should be highly watchable for most Sci-Fi viewers. McCallum and/or time travel fans will definitely dig this episode.

IF you liked THE INHERITORS, you should enjoy: The Sixth Finger, The Guests, Do Not Open Till Doomsday.
Outer Limits Episode Index