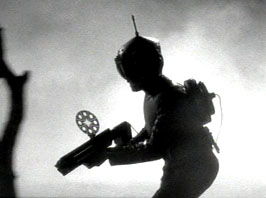 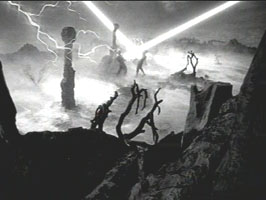 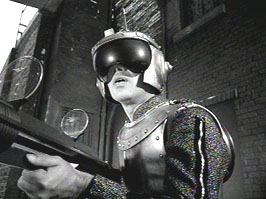 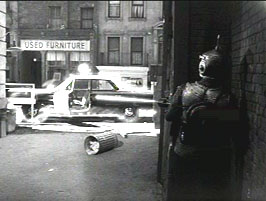 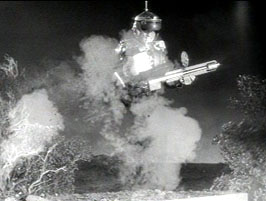 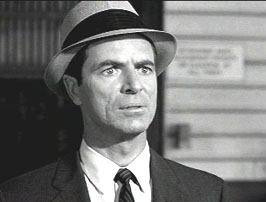 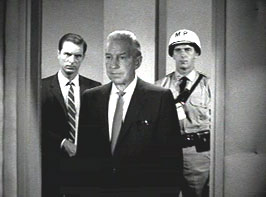 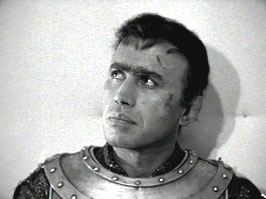 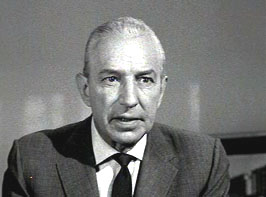 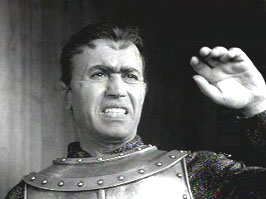 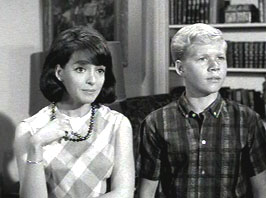 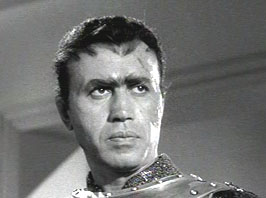 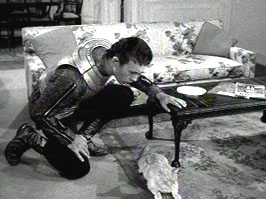 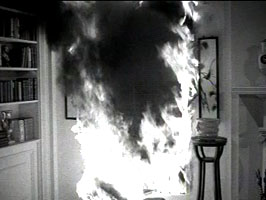 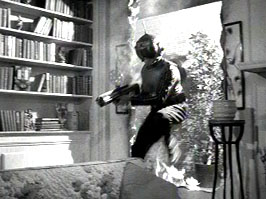 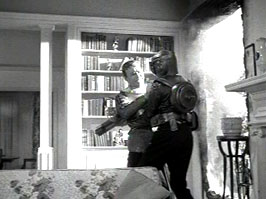 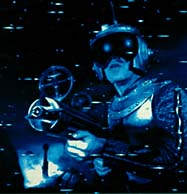 A killer soldier from the future is catapulted back in time to the present.

This is the episode was part of the inspiration, for the “Terminator” feature films. Michael Ansara (guest starred on “Star Trek”) is entirely believable as the brutal, futuristic soldier. Lloyd Nolan is quite sympathetic as a language expert, trying to communicate with the futuristic military man. 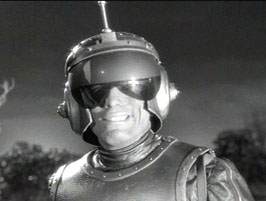 In the future, two soldiers stalk each other. When they are struck by powerful laser beams, one of the soldiers is catapulted into the past, our present. The other is stuck in time, between the past and the future.

The soldier from the future is captured by our military. A language expert attempts to communicate with him.

The language guy takes the soldier home with him. The soldier’s enemy shows up. They battle, and both are yanked back to the future. 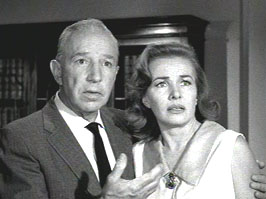 Lloyd Nolan holds our attention as a contemporary language expert, determined to “crack” Ansara’s odd lingo. He brings passion to lines like, “He’s from somewhere, or some time, that’s completely outside our knowledge. He’s a walking challenge.”

Part way through, the story falls apart. It is unlikely that government man, Tim O’Connor, would let Nolan take the violent Ansara home to stay with him and his family for a month. It does lead to some interesting story complications, however.

You may find some similarity between story elements of THE SOLDIER and the hit Sci-Fi action thriller, “The Terminator”. So did scriptwriter Harlan Ellison. Ellison won a settlement against Terminator’s Writer/Director, James Cameron.

The episode’s central FX involve Ansara and the enemy soldier falling through space and time, superimposed over a rotating spiral pattern. It’s not bad, bringing to mind the FX from the old “Time Tunnel” TV series. Van Der Veer Photo Co. is responsible for the Photographic Effects.

Director of Photography, Kenneth Peach, delivers clever visuals. He gives us great shots of visored soldiers of the future, guns at the ready, running through a stark, rocky, fog shrouded landscape.

The music is sometimes high pitched and wierd, and at other times light and gentle. Harry Lubin gets the composing credit.

THE SOLDIER should be rather watchable for most Sci-Fi fans. “Terminator” and/or Harlan Ellison fans will particularly dig this episode.

If you liked THE SOLDIER, you
should enjoy: The Premonition, The Man Who Was Never Born, Demon With a Glass Hand.
Outer Limits Episode Index