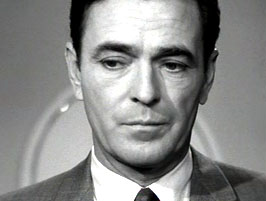 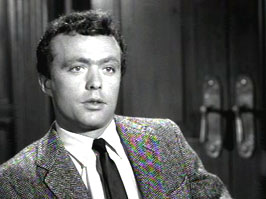 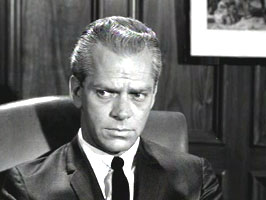 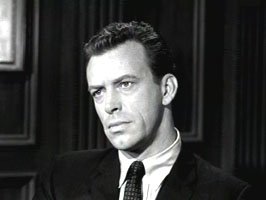 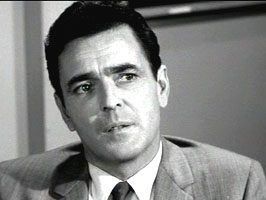 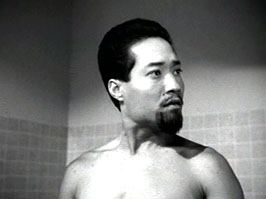 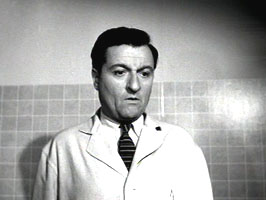 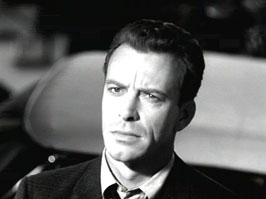 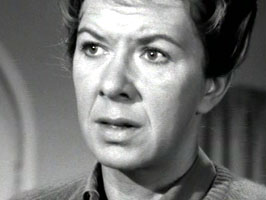 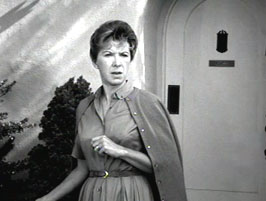 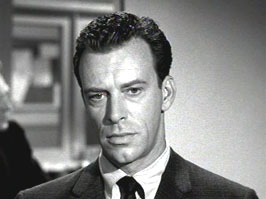 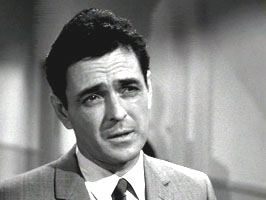 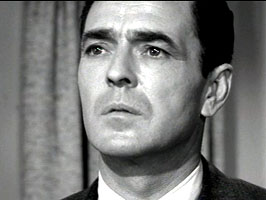 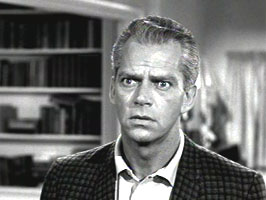 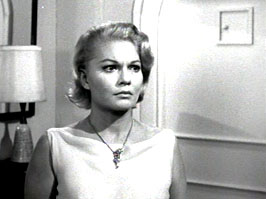 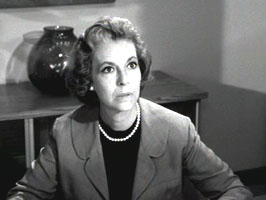 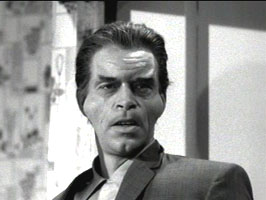 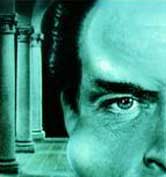 After taking a “consciousness expanding” drug, a scientist goes on a killing rampage. 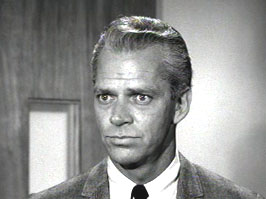 At a university, a night watchman is killed and some consciousness expanding drugs are stolen. A university scientist and his brother-in-law become suspects.

The brother-in-law takes drugs, transforming himself into a very strong, very intelligent man. He kills a businessman, who was going to cancel a huge donation to the science department. 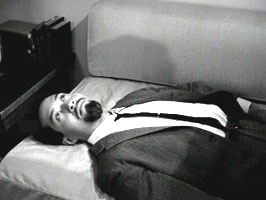 Director Gerd Oswald’s, EXPANDING HUMAN, is an unusual, (for it’s time), tale of experimental drug use.

When a university night watchman is killed, and drugs stolen, a cop (James Doohan), talks to a university-based scientist, “You were in charge of that scientific project when those students and professors were expelled last month for taking drugs that made them go into trances, and see visions, and so forth?” The scientist (Keith Andes), replies, “What we had done, Lieutenant, was to establish, definitely, for the first time, that at present man is using only a fraction of his brain capacity, especially in the field of awareness. And that certain drugs are powerful devices for expanding this awareness toward its real possibilities.”

It seems unusual for a early 1960’s, kid’s Sci-Fi program, to make veiled allusions to Timothy Leary and his Harvard L.S.D. experiments, and the possible positive use of experimental drug use to expand consciousness. It was an unusual stand for a 1964 ,TV show. After awhile, however, the episode devolves into a standard, anti-drug cautionary tale, with drug use leading to the usual deadly consequences.

Skip Homeier, is a scientist experimenting with “Consciousness Expanding” drugs. He’s sympathetic as a man who truly doesn’t know what’s happening to him. He later played the leader of a group of space hippies, on the “Star Trek” episode,”The Way to Eden”. 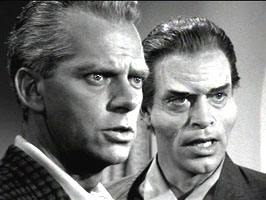 As Homeier’s scientific co-worker, and brother- in-law, Keith Andes is an odd screen presence. With his large, bulging eyes, he gives the impression of being on drugs, although his character is sober for most of the episode. Andes also appeared in the “Star Trek” episode, “The Apple”.

When Homeier transforms into his “expanded” self, he has bulging cheek bones, a huge eyebrow ridge, and a larger chest. The overall effect, courtesy of Makeup Supervisor Fred B. Phillips, brings to mind, Herman Munster, on the TV show, “The Munsters”.

The Teleplay, by Francis Cockrell, owes a lot to “Doctor Jeckyl and Mr Hyde,” by Robert Louis Stevenson. Unfortunately, Cockrell’s script never makes it clear why increased intelligence would induce someone to commit multiple murders.

Director of Photography, Kenneth Peach, does his usual good job. Particularly effective is an odd shot of the open door grill at Homeier’s apartment, through which we see part of the manager’s face and mouth, as she talks to him through the door.

We hear dreamy harp music, during the film’s drug-taking scenes, to set the mood. Harry Lubin gets the credit.

“Star Trek” fans will enjoy seeing James Doohan, several years before his appearance as ,”Scotty,” on the TV classic. Interestingly enough, the Canadian born Doohan speaks with no particular accent.

EXPANDING HUMAN should be fairly watchable for some Sci-Fi viewers. Those interested in the L.S.D./consciousness raising movement, of the 1960’s, may be particularly amused.

If you liked EXPANDING HUMAN, you
should enjoy: The Sixth Finger, The Man With the Power, The Forms of Things Unknown.
Outer Limits Episode Index