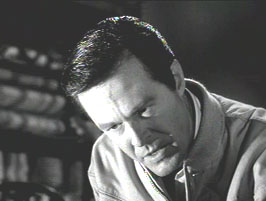 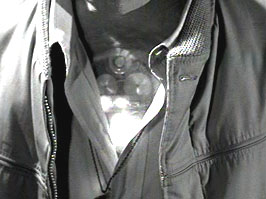 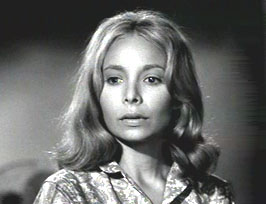 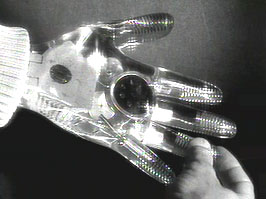 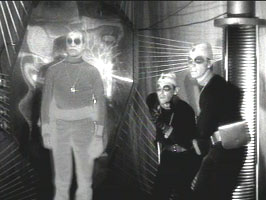 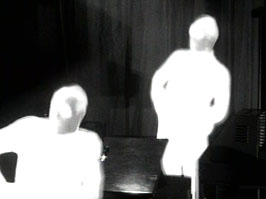 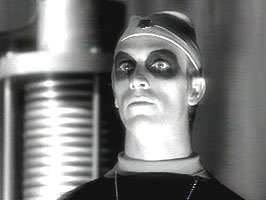 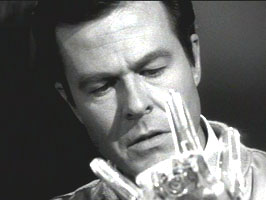 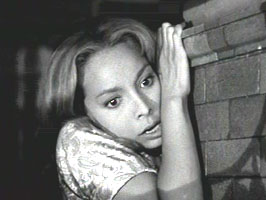 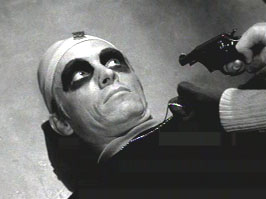 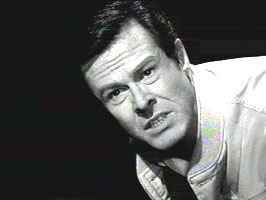 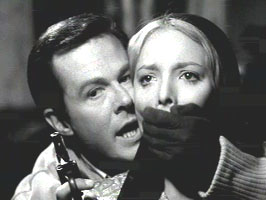 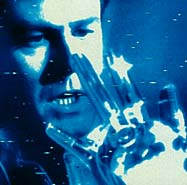 Demon With A Glass Hand

A man with a robot hand, (which holds the secrets to mankind’s destiny), battles weird time travelers from the future.

This is the classic “Outer Limits” episode, which many fans consider as the best episode. Robert “I Spy” Culp delivers a riveting performance as a man fighting for the future of mankind. Arline Martel (Trek’s “Amok Time”) gives an unforgetable perfomance. 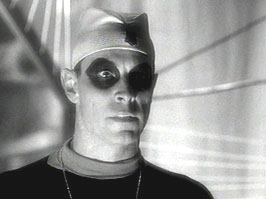 From an alien, Trent finds out where his other three robot fingers are. Trent and a woman are pursued, but he does collect the fingers. He finds out that all the people on Earth, 1,000 years in the future, were turned into electronic impulses and put onto a thin piece of wire.

With the final finger, the robot hand tells him that the wire is inside him. Trent discovers he’s a robot and he will have to wait 1,200 years, until the humans can be brought back to life. 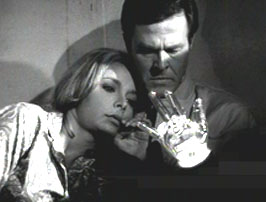 DEMON WITH A GLASS HAND, Directed by Byron Haskin, is considered by many to be the best of the “Outer Limits” episodes. If not the best, it is certainly in the top five.

Robert Culp is Trent, a man in contemporary Los Angeles with a robot hand which is missing some fingers. In Trent’s own words, “I was born ten days ago. A full grown man born ten days ago.” He awoke on the street, has no memory, and people are trying to kill him. Talk about your existential dilemma!

Culp, who was soon to be launched to great fame in the “I Spy” television series, gives a performance of coiled energy and cat-like grace under Haskin’s expert direction. He’s fascinating to watch; it’s easy to see why he became such a big star of Sixties television. 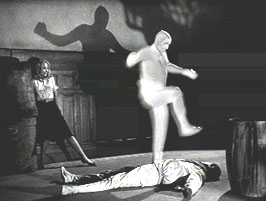 The Teleplay, by acclaimed author Harlan Ellison, is top drawer. While seemingly not derivative of other sources, (ie: not like anything else you’ve read or seen), it has a mythic, timeless quality, like the legends of the heroes of ancient times.

The dialogue is simply terrific. When Trent is killed, then brought back to life, he says, “I was in a dark place. Someone was calling my name over and over.” Later, when he leaves to try and find the mirror through which aliens are arriving in our time, Trent’s female companion asks him ,”What are you going to do?” Trent replies,”Try to beat the devil!”

When Trent yanks off an alien’s medallion, as he does periodically, we see a film negative image, and a shimmering effect, as the alien disappears. The photographic effects, by Van Der Veer Photo Company, are quite good for the time. 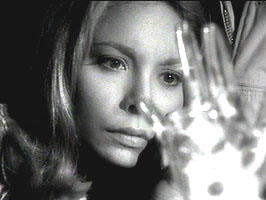 The musical score, by Harry Lubin, is appropriately tense. Piano and drum music is used effectively to underscore and highlight the on screen action. The overall score is strange, haunting, and memorable.

Director of Photography, Kenneth Peach, makes great use of Los Angeles’ historic Bradbury Building, located in the downtown business district, which is the film’s principle location. His combination of stark lighting, and low angles, creates an appropriately claustrophobic mood, in which the location acts as one of the films characters.

My favorite scene in the film is when Trent allows himself to be killed. His female partner, Consuelo (Arline Martel) brings him back to life following simple instructions from the robot hand. The scene has the mood of a New Testament miracle, and contains a key story clue, for the alert viewer.

IF you liked THE INHERITORS, you should enjoy: Corpus Earthling, The Architects of Fear.
Outer Limits Episode Index