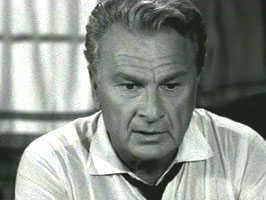 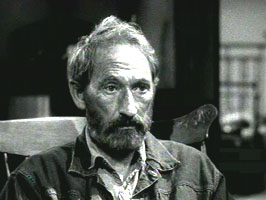 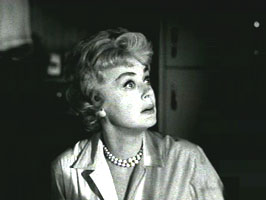 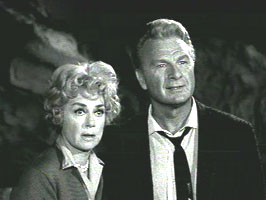 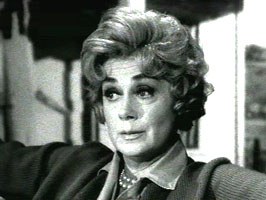 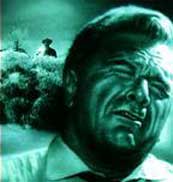 Eddie Albert (Green Acres) and June Havoc (Can’t Stop the Music) do what they can do to bring credibility to an EXTREMELY silly story premise. Arthur Hunnicutt (The Twilight Zone) lends strong support as a grizzled desert dweller. 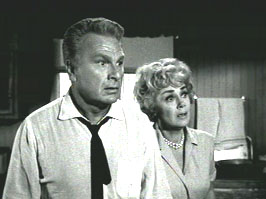 Traveling in the desert, a man and his wife have car trouble. Going to a home, they encounter a strange farmer.

The farmer tells them a story about an alien landing. He claims to be resisting mental control by aliens.

The husband and wife flee to the desert. They are surrounded by mobile, alien controlled tumbleweeds. The husband sets fire to the tumbleweeds, destroying the alien menace. 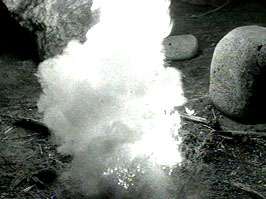 Eddie Albert (“Dreamscape”) and June Havoc are tourists whose car breaks down in the desert. They end up surrounded by mobile tumbleweeds, but escape.

Later, they encounter a farmer who has witnessed an alien landing. He appears to be under alien control.

The concept of tumbleweeds, inhabited by alien energy and roaming about threatening people, is rather lame. Writer, Louis Charbonneau, is responsible for the silly script. Maybe aliens made him write it!

Veteran film performer, June Havoc, whose sister was Gypsy Rose Lee, is okay as Albert’s mate. It’s fun, however, to imagine what Eva Gabor, Albert’s mate in “Acres”, might have done with this role.

Character actor, Arthur Hunnicutt, under Haas’ direction, delivers an effectively odd performance as an alien-controlled farmer. The grizzled Hunnicutt appeared on many popular 50’s and 60’s television shows, including “The Twilight Zone,” inwhich he played a recently deceased farmer whose dog saves him from being tricked into entering Hell.

CRY OF SILENCE may be slightly watchable for rabid Eddie Alber/ June Havoc fans. Tumbleweed rights activists may be outraged. “Cry of Silence” is the sound of one hand clapping.

If you liked CRY OF SILENCE, you
should enjoy: Specimen Unknown, The Zanti Misfits.
Outer Limits Episode Index