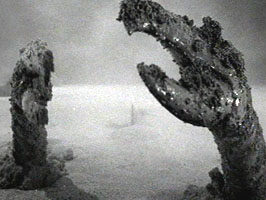 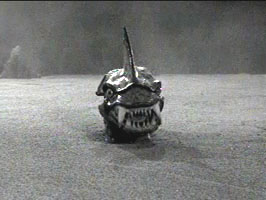 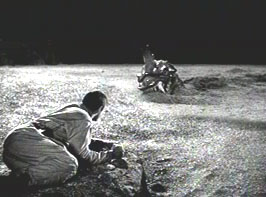 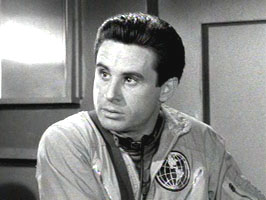 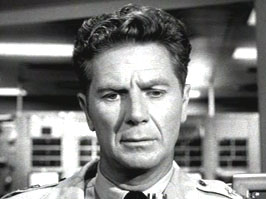 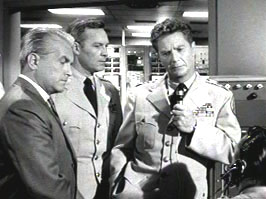 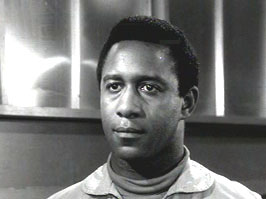 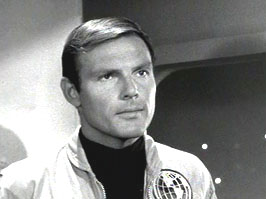 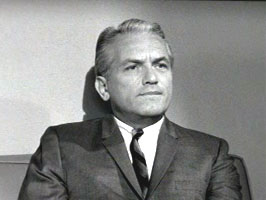 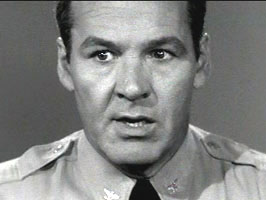 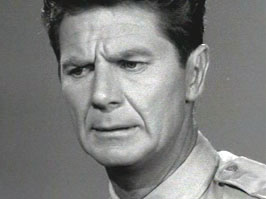 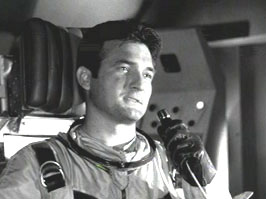 An expedition to Mars must cope with a deadly, and apparently invisible, enemy.

Fans of TV’s, “Batman,” will enjoy seeing Adam West as a Mars going astronaut. Scenes which involve using an atomic bazooka against Martians monsrters are fun. 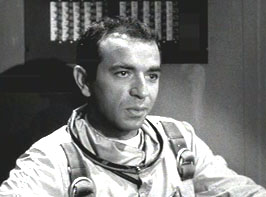 The astronauts fire an atomic bazooka shell at the Martian sand sharks. More of them appear. The surviving astronauts blast off safely, heading for Earth. 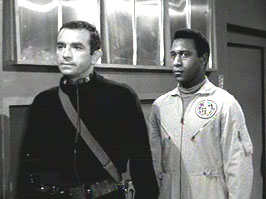 Two astronauts land on Mars. Shortly after that, they scream and disappear. Three years later another earth expedition lands on Mars.

Adam West, TV’s “Batman”, does a fine job as Major Merrit, the head of the second Martian expedition. Seeing his “straight” performance, however, its’ a bit hard to believe he went on to such fame as a campy TV super hero.

Rudy Solari (“The Boss’ Son”) as Captain Buckley, lends solid support. He brings enthusiasm and gusto to the fairly standard role of an impulsive astronaut under West’s command.

Unfortunately, the dialogue in this episode, written by Jerry Soul, is occasionally wince inducing. When astronaut Solari spots the Martian sand shark for the first time he yells, “Thar she blows!”

The Martian sand shark, with a dragon-like head and huge crab claws, is not very convincing. Oddly enough, the close-ups of the alien work better than the long and medium shots. The Martian shark was designed and photographed by Project Unlimited, Inc.

My favorite scene is when the astronauts try to blow up a sand shark with a bazooka, firing an nuclear tipped shell. The resulting explosion, courtesy of Special Effects person, Pat Dinga, is impressive. The fact that the U.S. Army actually had such a device, in the 1950’s and 1960’s, enhanced my enjoyment of the scene.

Director of Photography Kenneth Peach’s screen images are striking and imaginative. Particularly good is a shot on the Martian surface, at the edge of a sand pit. As mist blows around, we see the discarded atomic bazooka laying on the ground, as something disappears into the sand. It’s a classic Sci-Fi image.

The music in this episode is ominous, along the lines of a haunted house movie soundtrack. Harry Lubin is the responsible party.