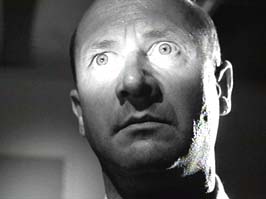 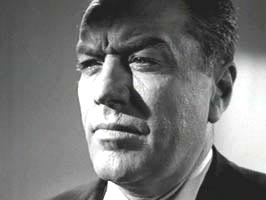 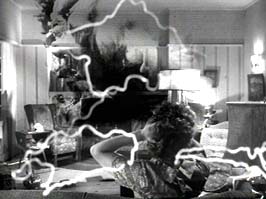 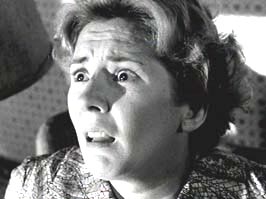 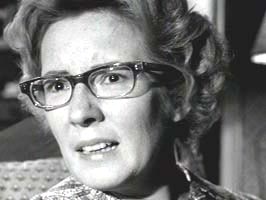 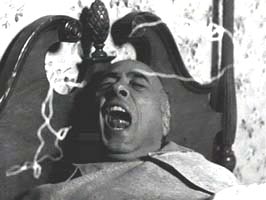 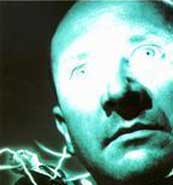 The Man With the Power

A man, with a special device implanted in his head, can control enormous destructive forces.

Anybody who has ever wanted to get even with someone, without getting their hands dirty, (or nose bloody), will appreciate the way Donald Pleasence (Escape from New York) gets back at those who mess with him, via the incredible power of his mind. Check out the simple but effective “mind cloud” Special Effects. 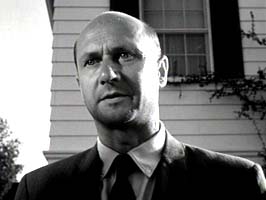 A university teacher wants to leave his job to work for the space program. It turns out that he had a special device placed in his brain six months before, which allows him to channel tremendous energy.

The teacher begins to work full time for the space agency. The university dean, who didn’t want the teacher to leave, is killed by a strange energy cloud.

The teacher discovers he is killing people with his unconscious mind. He chooses to destroy himself, rather than murder anymore. 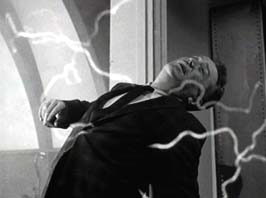 Director Laslo Benedek’s, THE MAN WITH THE POWER, is a powerful and memorable “Outer Limits” episode.

Donald Pleasence is a mild-mannered university professor, who has had a special device implanted into his head. As Pleasence explains it, “I have developed a link gate complex enough to regulate the forces, the field energy, surrounding us.”

Pleasence seems to have been born to play this role of a quiet, mousy type who wants to do something important. As the episode proceeds, Director of Photography, Conrad Hall, by the use of ever more, frequent, close shots of an unsettling brain surgery scar ,on Pleasence’s forehead, as well as shots of his large, staring eyes, helps sell Pleasence’s transformation from an insignificant teacher to a frightening bringer of destruction.

Priscilla Morrill is well cast as Pleasence’s wife, who seems to enjoy belittling him and keeping him down. A scene where she savagely trims a hedge while chatting with him seems to have intentional symbolic meaning.

Edward C. Platt is credible as a college dean ,who wants Pleasence to keep teaching and not run off to take part in space experiments. “Get Smart” fans may fondly remember him as “The Chief” on that show.

The episode’s central effect, a silent, rolling dark cloud with lightning coming out of it, is surprisingly good. It was designed and created by Ray Mercer and Company.

My favorite scene is when Pleasence levitates a half ton space boulder. While the FX involved are simple, the results are impressive.

If you liked THE MAN WITH THE POWER you
should enjoy: The Sixth Finger & Expanding Human.
Outer Limits Episode Index