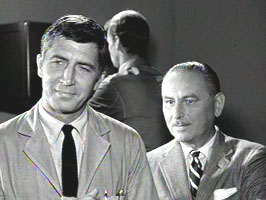 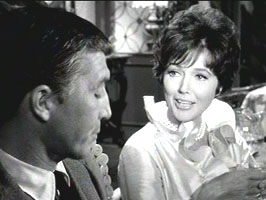 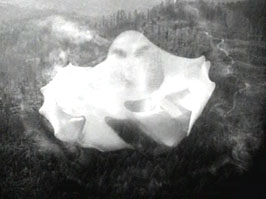 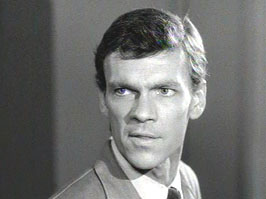 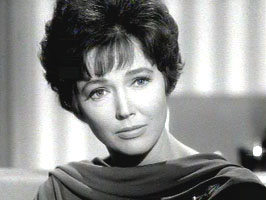 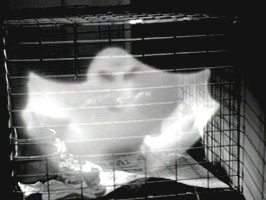 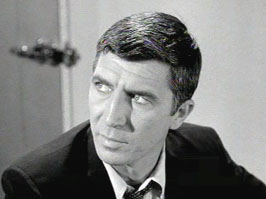 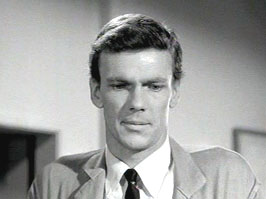 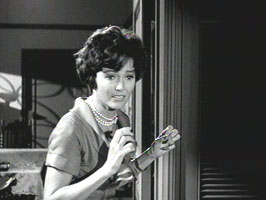 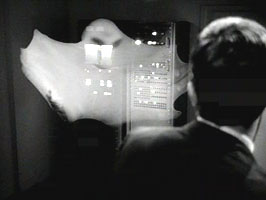 A miniature, alien world is created in an Earth laboratory.

Patrick O’ Neal (The Stepford Wives) is polished, if a bit too urbane, as the desert scientist. Alert viewers will note Dabney Coleman (Slap Maxwell) in a small role as an scientific assistant to O’Neal. The FX, involving a floating alien/demon from the mini-world, are clever and effective. 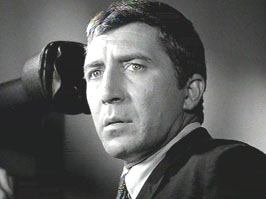 A scientist studies the miniature, alien planet he has grown in his home lab. Later, he entertains friends at a barbecue.

An evil alien presence, from the mini-world, makes itself known. Growing increasingly obsessed with his little world, the scientist fires a co-worker and sends his wife packing.

The alien presence tries to kill the scientist. His wife returns home, and, seeing what’s happening, destroys the mini-planet, saving her husband. 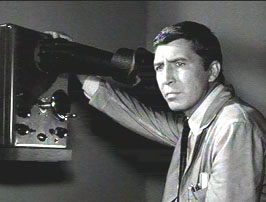 Patrick O’ Neal (“Under Seige”) is a scientist whose managed to create a miniature planet in a lab. It’s an accurate simulation of a planet in the Wolf 359 star system, eight light years from Earth. On this speeded up mini-world, one second of our time equals eleven and a half days on the planet. As a fellow scientist remarks, “You’ve actually started an evolutionary process”.

Patrick O’ Neal is a bit too sophisticated as the dedicated scientist. A scene of him barbecuing steaks in a suit and tie comes across rather silly.

Dabney Coleman (“Slap Maxwell”, “Madman of the People” and “Tootsie”) has a small role as a scientific type. His serious/straight performance gives no hint of the comedic talent that was to propel him to stardom.

The Teleplay, by Seeleg Lester, (Story, by Seeleg Lester & Richard Landau), is rather clever. The idea of creating a miniature alien world in a lab setting, kind of like a living ship in a bottle, is as fresh today as it was thirty years ago when this episode was originally broadcast.

The people in this film drink a lot of martinis. The fact that the episode is set in a home laboratory, in the middle of the desert, makes this worldly behavior seem even odder.

Some aspects of this story, particularly the obsessed man, who drives his family from him in his quest for higher knowledge, brings to mind, “Close Encounters of the Third Kind”. Perhaps a young Steven Spielberg saw this episode and was influenced by it.

The music, is weird, wailing, and strange. Harry Lubin is the responsible party.

WOLF 359 should be fairly watchable for most Sci-Fi viewers. Fans of odd looking aliens will really enjoy this one. WOLF 359 is not a dog!

If you liked WOLF 359, you
should enjoy: The Borderland, Bellero Shield, The Galaxy Being.
Outer Limits Episode Index