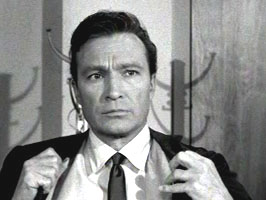 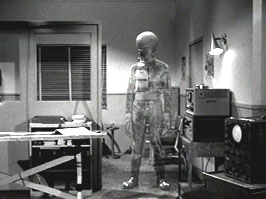 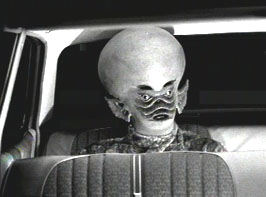 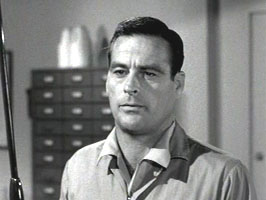 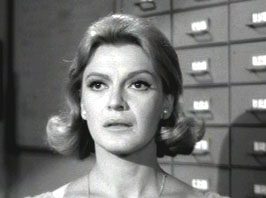 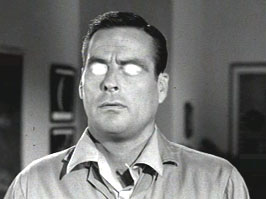 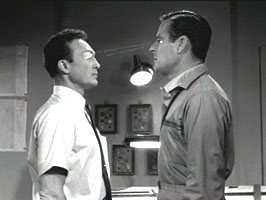 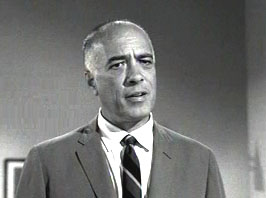 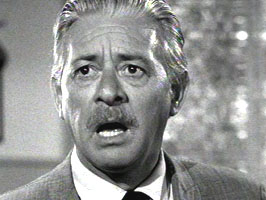 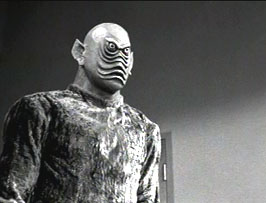 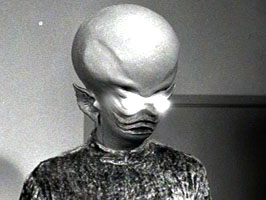 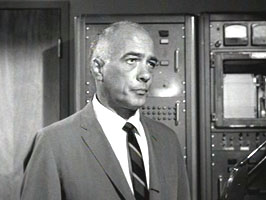 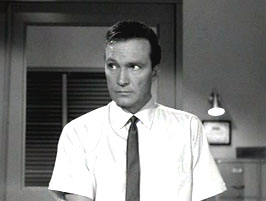 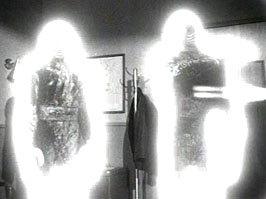 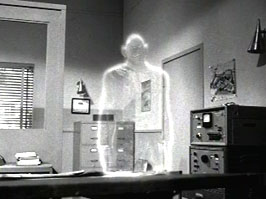 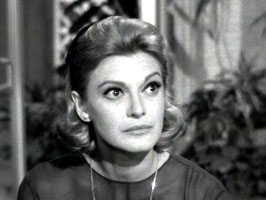 Keeper of the Purple Twilight

A scientist trades his emotions to an alien, in exchange for two mathematical formulas, which will allow him to construct a disintegrator ray gun.

Robert Webber, (“S.O.B.”), gave a substantial performance as Ikar, the alien, which anchors this episode and makes it work. The FX in this episode, including alien destructor beams, are pretty good. 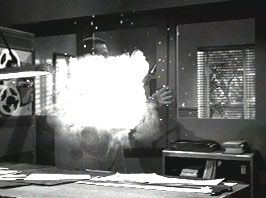 A scientist is close to completing a working model of a disintegrator ray gun. An alien agrees to help him, if the scientist will give him his emotions. The scientist agrees.

The head of the research project decides to let the project continue. At a picnic, the alien finds out that he’s in love with scientist’s girlfriend; and he doesn’t like it. When he shows his true, alien self to the girl, she faints.

The alien admits to the girl that his people plan to take over Earth. When three alien soldiers ask hm to go back with them, he goes on the run, He gives back his emotions, and battles with the aliens; all four are killed. 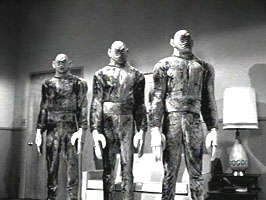 KEEPER OF THE PURPLE TWILIGHT, directed by Charles Haas, is a thought provoking tale of human/alien contact.

Earthy, virile Robert Webber (“S.O.B.”), is cast effectively, against type, as the unemotional alien who criticizes humans for being illogical. The beefy Webber comes across, like Mr. Spock on steroids, giving a nice spin to lines like, “I do not live to be liked or disliked.”

As far as the casting of the scientist, Warren Stevens (“The Twilight Zone”, “Star Trek”), there’s a bit of a problem. Stevens is a tight and controlled performer. As directed by Haas, his transition from a normal human to one, lacking emotions, is not pronounced enough.

My favorite scene in the episode takes place between the alien, Ikar (Webber), and Stevens’ girlfriend, Janet, played by Gail Kobe. Because of her broad emotional range, she plays well off the impassive Webber, bringing great resonance to the speech where she asks Ikar to give Stevens’ back his emotions, since people can’t live without them.

The alien creature effects, for Ikar when he’s not taking human form, as well as the aliens from his home planet who show up to retrieve him, are decent. Project Unlimited, Inc., is the responsible party.

If you’re a fan of human/alien encounters you should find KEEPER OF THE PURPLE TWILIGHT quite watchable. To not watch this “Outer Limits” episode would be highly illogical, Earthman!

If you liked KEEPER OF THE PURPLE TWILIGHT, you
should enjoy: The Galaxy Being, Behold-Eck!.
Outer Limits Episode Index