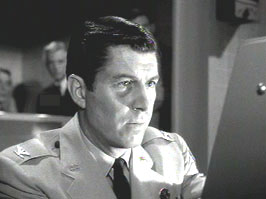 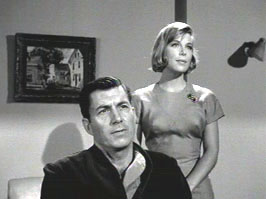 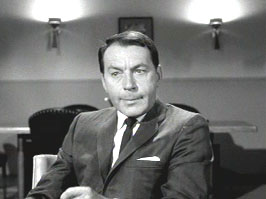 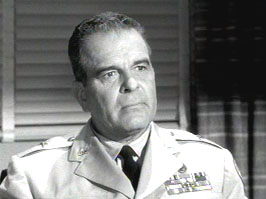 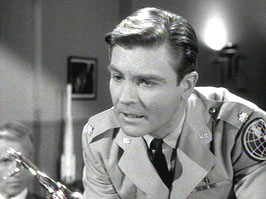 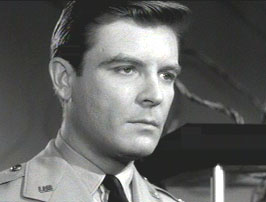 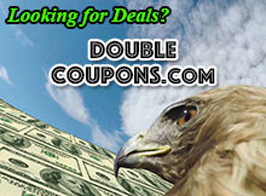 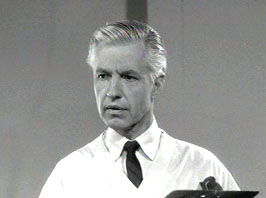 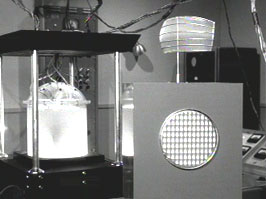 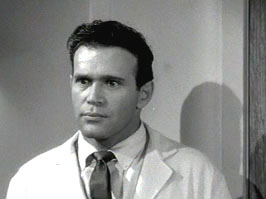 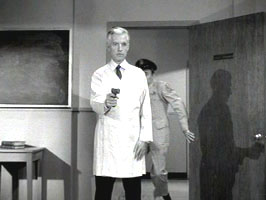 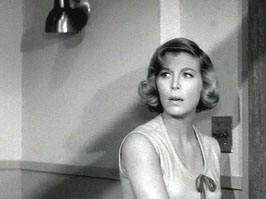 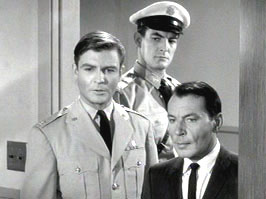 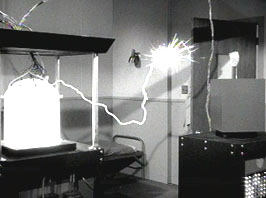 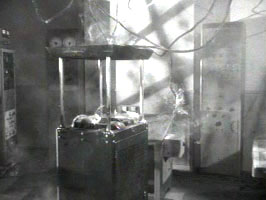 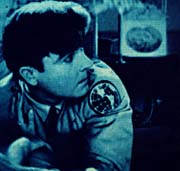 The Brain of Colonel Barham

A wheelchair -bound astronaut donates his brain to a space exploration project.

The brain of an ex-astronaut (Anthony Eisley, of TV’s “Hawaiian Eye”) goes on a rampage. Elizabeth Perry is quite good as the astronaut’s wife. The FX, including energy beams from Eisley’s brain, are surprisingly good. 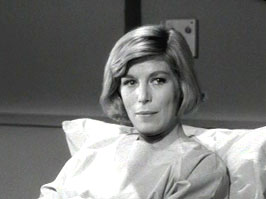 Colonel Barham, a wheelchair bound astronaut, volunteers to have his living brain transplanted into a robot, which will be sent in a spaceship to Mars. Against his wife’s wishes, he does it anyway.

Now existing as a brain in a bottle, connected to high-tech machines, the astronaut begins to control people through his super brain power. A brain controlled doctor, now a zombie, almost kills a colonel.

A general, with a high powered rifle, shoots at the brain from a building across the street. In the resulting fire and explosion, the super brain is destroyed. 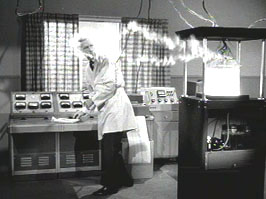 Director Charles Haas’, THE BRAIN OF COLONEL BARHAM, is an odd, if not entirely satisfactory, Sci-Fi yarn.

Anthony Eisley (“77 Sunset Strip”), as the crippled astronaut, gives a grim, one note performance. Oddly enough, once he donates his brain to science, and is reduced to just being a voice on a radio, Eisley’s performance improves.

Grant Williams, (“The Incredible Shrinking Man”), under Haas’ direction, also gives a performance of limited depth. It perhaps is unfortunate that Williams character didn’t donate his brain to science as well, since a brain in a jar would be more interesting to look at than Williams’ bland mug.

Elizabeth Perry delivers a solid performance as Barham’s wife. She brings a welcome sense of reality to an otherwise very far out story.

The Teleplay, by Robert C. Dennis, (Story by Sidney Ellis), contains some sharp dialogue. When General Pettit, played by Douglas Kennedy (“The Amazing Transparent Man”), proposes that Eisley, who’s estranged from his wife, donate his brain for use in a robot space probe, Eisley asks, “How would I do with pretty girls?” Pettit/Kennedy tersely replies, “How you doin’ now?”

The Special Effects, particularly smoky energy beams going from Eisley/Barham’s brain to people and objects, are quite good. Van Der Veer Photo Co. appears to be the responsible party.

My favorite scene takes place early on. We see pretty good FX of a spaceship flying through space, as well as a Martian landscape. Most of the rest of the episode takes place in a military hospital, which feels pretty confining after awhile.

THE BRAIN OF COLONEL BARHAM will be somewhat watchable for most Sci-Fi fans. Viewers who like stories set mostly outdoors will not dig this episode.

If you liked THE BRAIN OF COLONEL BARHAM, you
should enjoy: The Sixth Finger, Man With the Power, The Forms of Things Unknown.
Outer Limits Episode Index