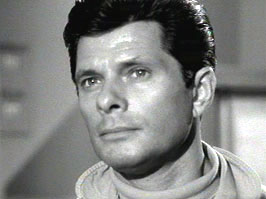 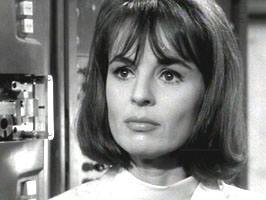 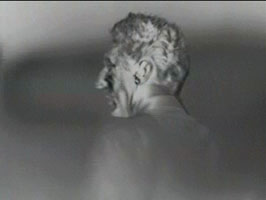 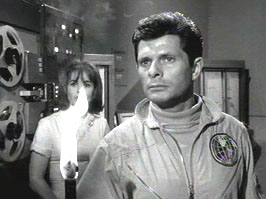 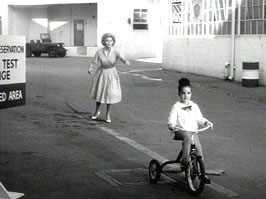 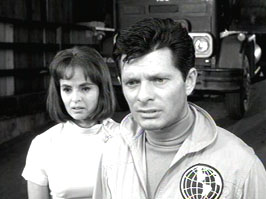 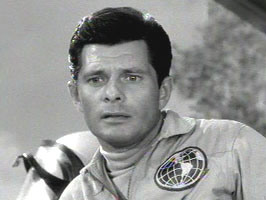 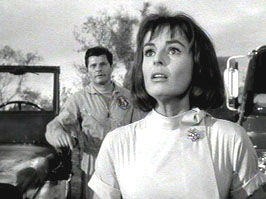 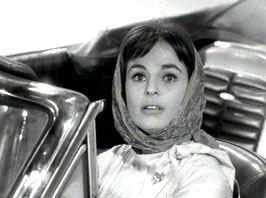 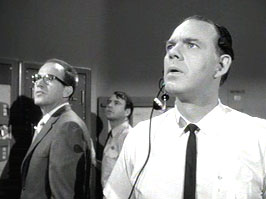 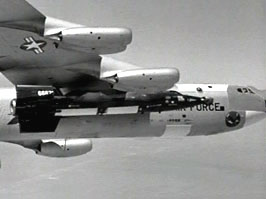 This episode gets one thinking about the nature of time. A Limbo Being, (Kay Kuter), is pretty cool looking. 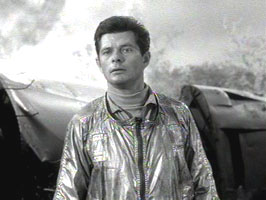 An X-15 pilot goes five times faster than the speed of sound. After surviving a crash landing, the pilot discovers that everything is frozen in time, except for himself and his wife.

Back at the base, they find everything stuck in time there also, including their daughter, who is about to be run over by a truck. They encounter a strange, Limbo Being, who is trapped in time with them.

The pilot figures out how to save his daughter. Back in normal time, the daughter is safe, and mom, dad, and child reunite. 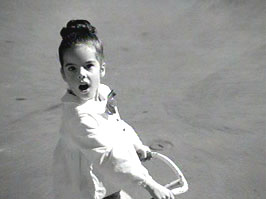 Director Gerd Oswald’s ,THE PREMONITION, is an intriguing “What if”” Sci-Fi fable.

Dewey Martin, (“The Big Sky”), is the pilot of the X-15, one of NASA’s early, experimental rocket/planes. The shots of the X-15, being launched from beneath a B-52, as well as soaring through the air, will be particularly interesting for buffs of the early days of NASA’s space program.

After a difficult landing, Martin exits his smoking, damaged craft. Soon, Martin realizes that everything in the world, (humans, animals), is frozen, except for himself and his wife. Apparently Martin broke the time barrier during his high speed test flight.

The script, (Teleplay by Sam Roeca and Ib Melchior; Story by Ib Melchior), raises some interesting questions about time, fate, and precognition. It also is a bit inconsistent. At one point, Martin tells his wife, “It has to be real. We both see it.” A short time later he tells her, “This doesn’t make sense. It isn’t happening.” Huh?

Dewey Martin is okay as test pilot, Jim Darcy. Perhaps, series semi-regular Robert Culp, a much more interesting screen presence, was unavailable for this role at the time.

Mary Murphy, (“The Wild One”), does what she can in the limited role of Martin’s wife. Under Oswald’s soggy direction, she mostly cries a lot.

At several points in the episode, Martin and Murphy encounter a strange, “Limbo Being,” (Kay Kuter), who is trapped in the frozen time warp with them. These are my favorite scenes in the episode.

The music is frequently high pitched and wailing, working too hard to create a spooky mood. Music guy, Harry Lubin, deserves the blame.

THE PREMONITION should be rather watchable for most Sci-Fi fans. Time Travel and NASA enthusiasts will definitely dig this one.

If you liked THE PREMONITION, you
should enjoy: The Soldier, Demon With A Glass Hand, The Man Who Was Never Born.
Outer Limits Episode Index