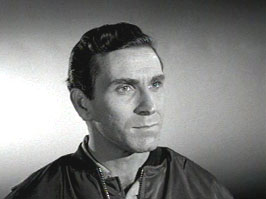 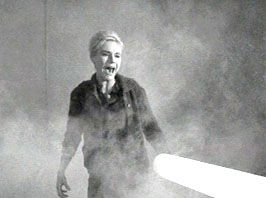 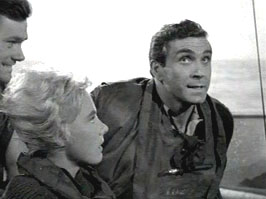 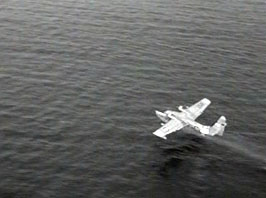 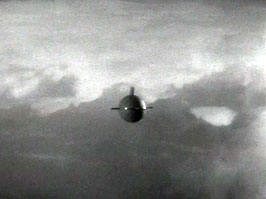 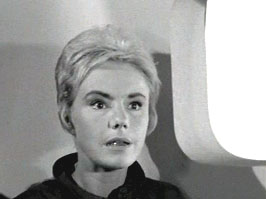 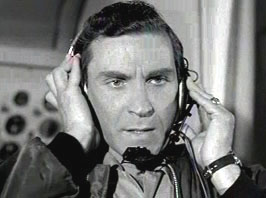 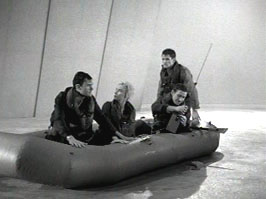 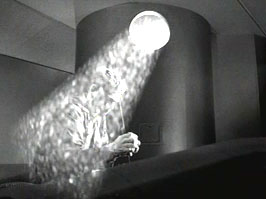 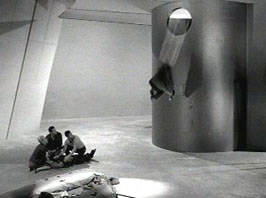 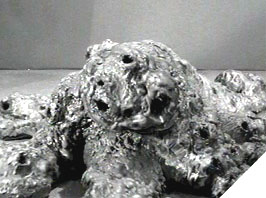 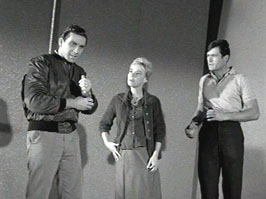 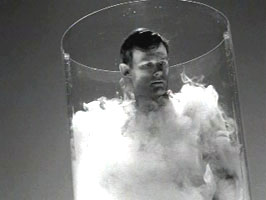 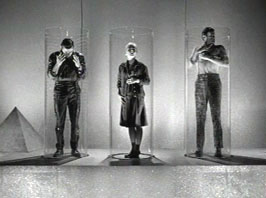 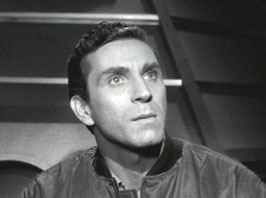 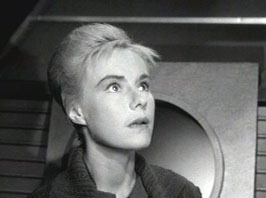 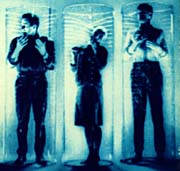 The survivors of an airplane crash, floating in the ocean, end up inside an alien spacecraft. 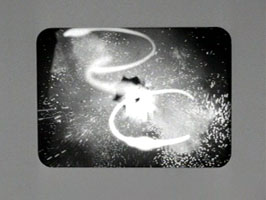 A plane crash lands in the ocean during a typhoon. The survivors float in the water in a life raft.

They drift into a fog, and end up inside a large room, with a plastic floor and ceiling. After being subjected to various experimental tests, they realize they are inside an automated, alien probe. They also encounter a large, alien microbe creature.

After making it outside the UFO, they are rescued. The alien ship takes off, self-destructing. 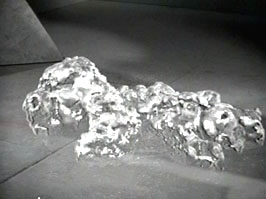 A plane crashes in a typhoon. After floating around in the water for awhile, the survivors end up inside an automated space probe from another planet. It takes them a rather long time to figure out their predicament.

Mark Richman brings an intensity and authority to his lead role. The fact that he looks and sounds a bit like the late Rod Serling doesn’t hurt either.

Peggy Ann Garner, as passenger, “Amanda Frank” gives a hysterical, over the top performance. It’s unfortunate her character survived the crash landing in the ocean. Director Feist must take some of the blame for her “scenery chewing” performance.

The Teleplay by Seeleg Lester, (Story by Sam Neuman), contains some silly dialogue. At one point the pilot, Coberly (Ron Hayes), remarks, “What’s all this fog? Spooky, isn’t it?”

The alien in this episode is a large virus, a strange slime/jello creature. Although a bit rubbery, it’s not bad. The creature was Designed and Photographed by Project Unlimited, Inc., and Janos Prohaska is the guy inside the slime suit. He later was inside the Horta suit in the Classic “Trek” episode, “Devil in the Dark”! Talk about a thankless job.

The Special Effects in this episode are fairly decent. An alien beam of light, with falling snow inside of it, is particularly good. The Photographic Effects are courtesy of Van Der Veer Photo Co.

My favorite scene involves the slime creature reproducing. The effects here are quite good.

Directors of Photography, Fred Koenekamp and Kenneth Peach, make the most of the alien spaceship environment. Particularly good are high angle shots, looking down, inside the craft’s computer room.

THE PROBE should be moderately watchable for most Sci-Fi viewers. Those who do not like rubbery slime monsters are advised to stay away.

If you liked THE PROBE, you
should enjoy: Cold Hands-Warm Heart, Specimen Unknown, The Duplicate Man.
Outer Limits Episode Index