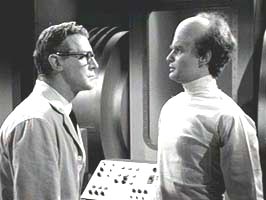 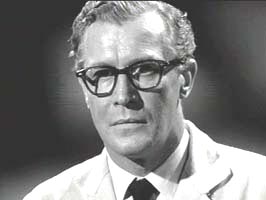 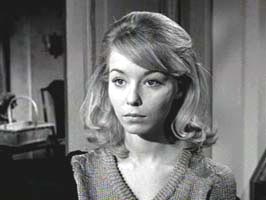 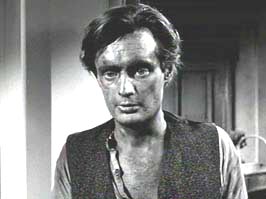 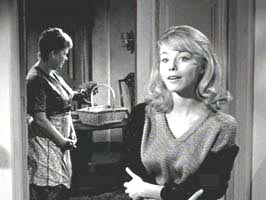 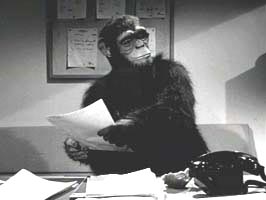 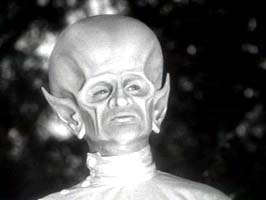 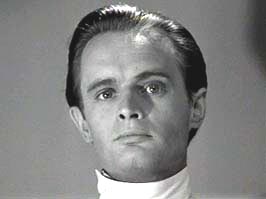 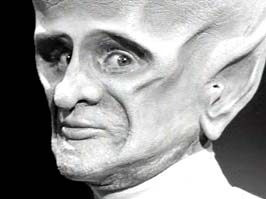 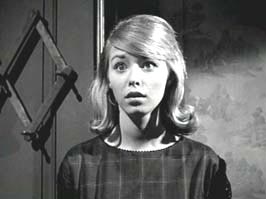 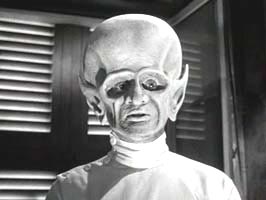 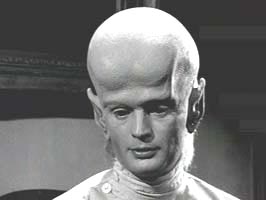 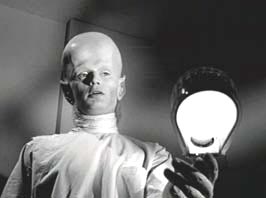 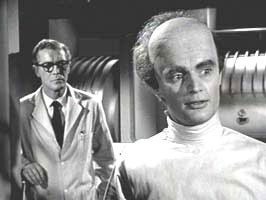 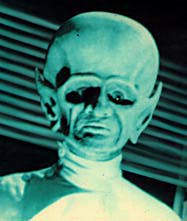 A scientist uses a special machine to turn a coal miner into the super man of the future.

Even before his big break in the 1960’s hit, “The Man From UNCLE,” David McCallum was wowing TV viewers with great performances, and this is one of them. Check out the cool makeup when McCallum becomes a big headed, future man. 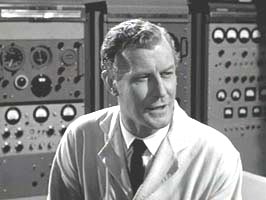 A scientist experiments with making an ape smarter, via speeded up evolution. A young coal miner volunteers to be evolved.

The young man is gradually evolved into the man of the far future. He develops a thirst for knowledge, E.S.P. powers, and the desire to destroy the local village.

The future man wants to be further evolved into a being of pure thought. In the evolution chamber, his girlfriend reverses the process, turning him back into his normal self. 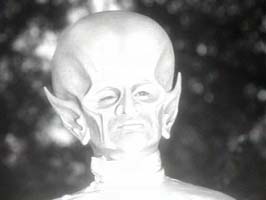 David McCallum, (“The Man From U.N.C.L.E.”), is quite impressive. Under Goldstone’s masterful direction, and aided by better than usual makeup, (courtesy of Makeup Supervisor, Fred B. Phillips), McCallum makes a convincing transition from being the brightest man in his coal mining village, to the smartest man of all time.

Edward Mulhare, (“Knight Rider” and “The Ghost and Mrs. Muir”), gives a solid performance as the scientist, obsessed with quick-evolving man to his full potential. So far he has succeeded in making an ape almost as smart as a man, but he hasn’t tried his instant evolution gizmo on a human yet. When a village girl asks him, “Could you make ME halfway smart?”, Mulhare looks at her with open mouthed awe and anticipation, like a small child peering into a candy store window. It’s an amazing expression.

The script, written by Ellis St. Joseph, is sharp and literate. When McCallum is evolved into the man of 20,000 years into the future, his I.Q. is too high to measure. But, McCallum’s character is frustrated, exclaiming, “What good is intelligence without knowledge. I’m hungry to know things. Learn everything.”

My favorite scene is when McCallum is regressed from a big headed future man, all the way back to a cave man, and then forward to his normal self again. While the FX here, courtesy of Ray Mercer and Company, are only adequate, it’s fun to see evolution reverse itself, then go forward again. Charles Darwin himself might have dug this scene. 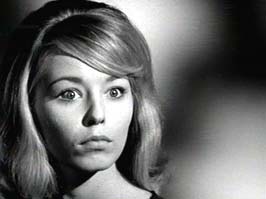 Director of Photography, John M. Nickolaus, Jr., does some creative work here. Extremely effective is a shot of McCallum, now clean and dressed in white, as he pushes the shutters back of his second floor room and looks out at the village below

The music, by Dominic Frontiere, involves both gentle harp music as well as mysterious, tension building tones. We’ve heard it too many times before.

THE SIXTH FINGER should be rather watchable for most Sci-Fi viewers. David McCallum fans will have a field day.

If you liked THE SIXTH FINGER you
should enjoy:Expanding Human, The Forms of Things Unknown, The Man With the Power.
Outer Limits Episode Index