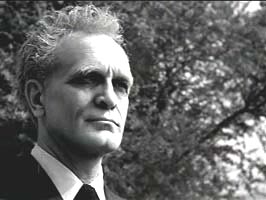 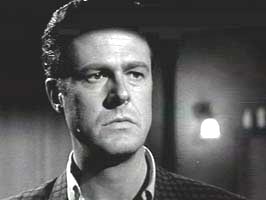 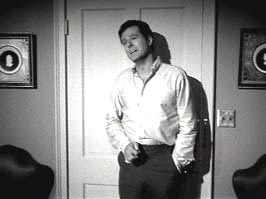 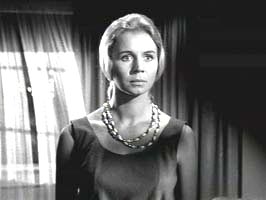 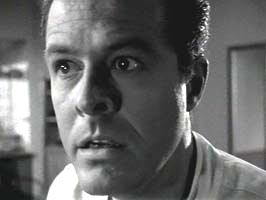 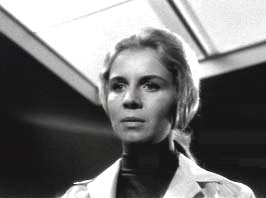 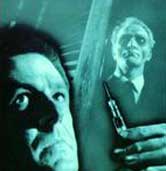 A guy with a metal plate in his head begins to hear the voices of talking rocks.

This episode frequently ends up on fan’s lists of favorite episodes. The episode’s premise sounds silly: alien, telepathic rocks control people. Somehow, it all works, and is creepy to boot. Credit must go to Robert Culp (“I Spy”), who is credible as a man, with a metal plate in his head, who thinks he’s going crazy because he hears voices no one else does. 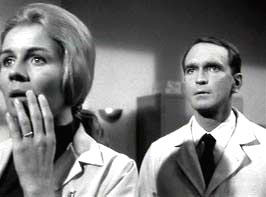 A doctor with a metal plate in his head bangs his noggin in a geology lab. Soon, he’s hearing talking rocks that no one else can hear.

The doctor, thinking he’s going crazy, goes on a Mexican vacation with his wife. A scientist from the geology lab, now controlled by the rock creatures, pursues them. 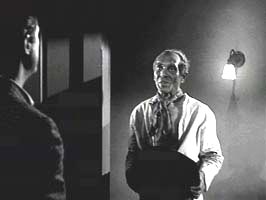 Robert Culp, almost a series regular on “The Outer Limits,” gives a sterling performance under Oswald’s masterful direction. He’s extremely persuasive as man who thinks he may be going crazy. When he says, “I think I’m going insane,” we believe him.

Salome Jens is warm and compassionate as Culp’s wife. This makes it all the more disturbing when she transforms into an alien-controlled zombie. 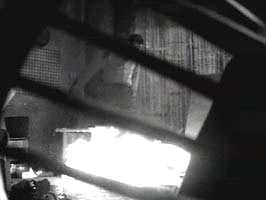 My favorite scene is when the alien rocks telepathically tell Culp to jump from a window ledge, and Culp almost does. This is an oddly convincing scene, giving one the feeling of what it might actually be like to have voices in your head, telling you to do self destructive things. 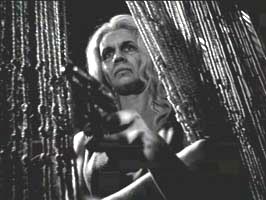 Director of Photography, Conrad Hall, does his usual good job. Particularly effective is his use of canted, (tilted), camera angles.

The music is tense, helping to weave a growing mood of paranoia. Dominic Frontiere is the responsible party.

CORPUS EARTHLING should be highly watchable for most Sci-Fi viewers. Robert Culp fans will be particularly delighted.

IF you liked CORPUS EARTHLING, you should enjoy: Architects of Fear, Demon With a Glass Hand.
Outer Limits Episode Index