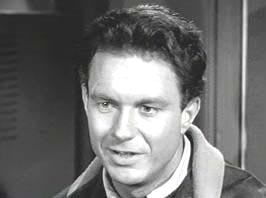 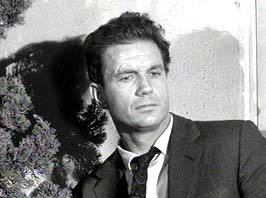 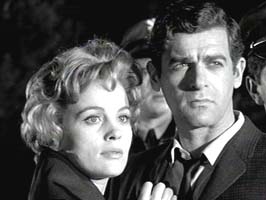 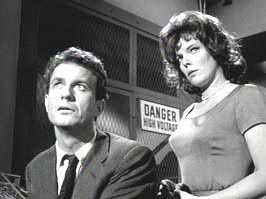 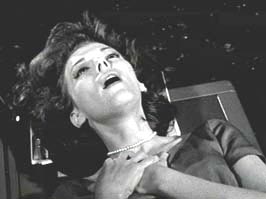 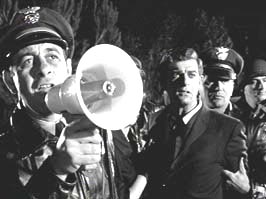 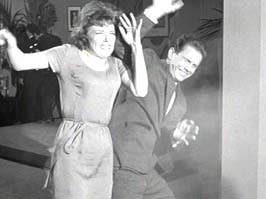 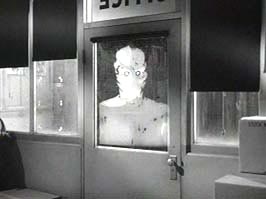 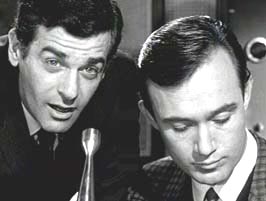 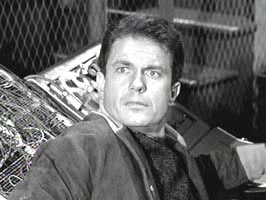 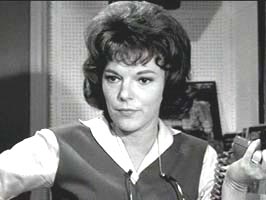 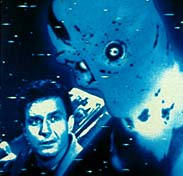 A radio technician gets in contact with an alien, with unexpected results.

This is one cool episode. Writer/Director, Leslie Stevens, really had his act together for this episode, which served as the series pilot. Philosophical types will really enjoy a cosmic chat between Cliff Robertson (“Charly”) and the alien. The FX, negative image of the alien, is simple but effective. 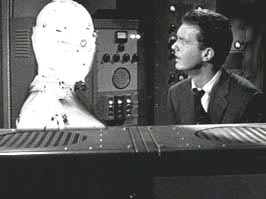 A technician at a radio station makes contact with an alien being. They chat about life, death and God. The technician goes to a testimonial in his honor.

While he’s gone, a disk jockey boosts the station’s power. This power boost causes the alien to be brought physically into our world. He roams through town, causing accidents and scaring people.

The technician returns to the radio station with his wife. The police and military show up, determined to kill the alien. The alien persuades everybody to go home. The alien voluntarily self-destructs. 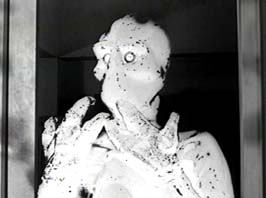 Writer and Director Leslie Stevens’, THE GALAXY BEING, which served as the series pilot, is an involving, memorable tale of alien contact.

Cliff Robertson, under Steven’s assured direction, delivers a strong, sympathetic performance as a techie blissed out by alien contact. Jacqueline Scott, as Robertson’s wife, is the template for many Outer Limit’s wives/girlfriend’s to come, a woman who just wishes her obsessed man would be a regular guy.

The primary Special Effect in this episode, a photographic negative image of the alien (William O. Douglas Jr.), is surprisingly effective. Optical Effects expert, M.B. Paul is the responsible party. 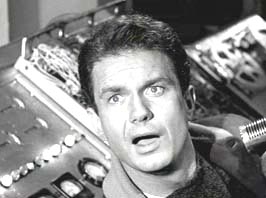 Stevens’ Teleplay is intelligent and thought provoking. When Robertson asks the alien if his planet has a god, the alien replies, “Infinity is God. God infinity. All the same.” This is my favorite scene in the episode.

The screen imagery, by Director of Photography John Nickolaus, is crisp and precise. He makes particular good use of low angle shots for dramatic effect.

The music, by Dominic Frontiere, is high pitched and somewhat irritating. It may have been designed to keep parents out of the room.

THE GALAXY BEING should be rather watchable for most Sci-Fi fans. “Outer Limits” enthusiasts should get a particular kick out of seeing the series’ pilot. I now return control of your computer terminal, to you.

IF you liked THE INHERITORS, you should enjoy: Corpus Earthling, The Children of Spider Country, The Special One.
Outer Limits Episode Index