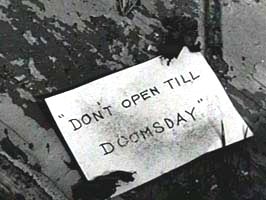 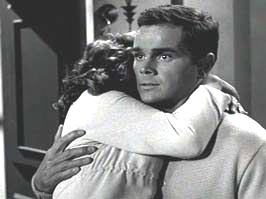 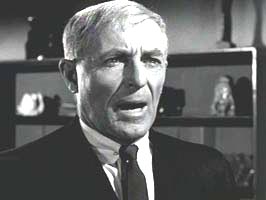 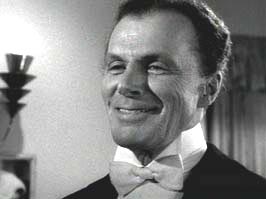 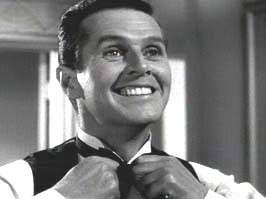 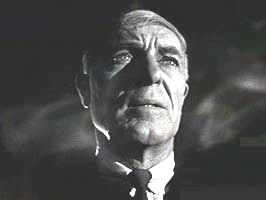 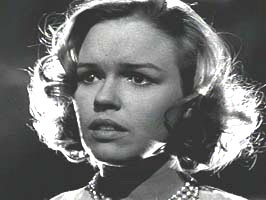 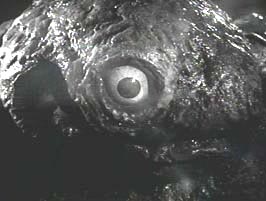 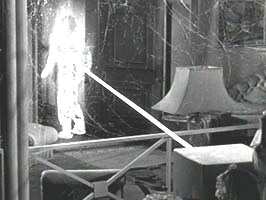 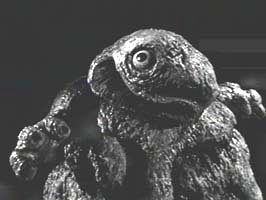 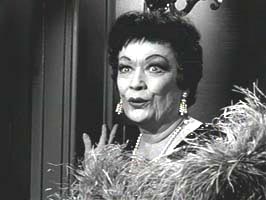 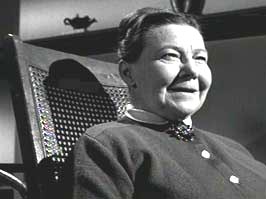 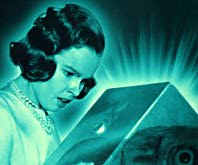 Do Not Open Till Doomsday

An alien monster in a box poses a serious threat to the marital bliss of a young, newlywed couple.

An “Outer Limits” episode for those who like their viewing to be creepy, kooky, and all together ookie. The episode’s central premise, involving a space alien, holding shrunk down people captive in a compact box, is VERY strange. If you enjoy “Sunset Boulevard,” you’ll probably dig this episode. 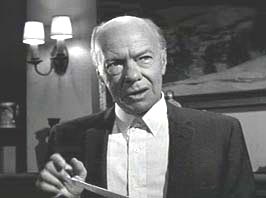 In the 1920’s, when the groom opens up a gift, he screams. Now, it’s the present. Newlyweds are staying in the honeymoon suite in the Flapper’s mansion.

In the suite, a blob in a box checks them out through a peephole. Then as the husband goes to the car, the bride looks at the box, getting zapped inside the box and disappearing.

The bride’s dad visits and is zapped into the box where he talks with his daughter. The flapper’s husband, unchanged since the 1920’s, is also trapped. The dad and bride emerge from the box, but dad gets zapped back. The newlyweds escape. 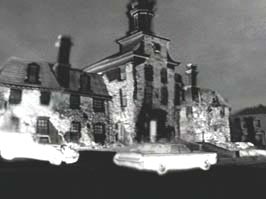 DO NOT OPEN TILL DOOMSDAY, directed by Gerd Oswald, is a bizarre, disturbing Sci-Fi tale.

The old lady, with the room to rent, is played by Miriam Hopkins. Her exaggerated makeup and 1920’s flapper style of dress make her one strange bird. As directed by Gerd Oswald, Hopkins gives a full out performance, bringing to mind Gloria Swanson in the classic film, “Sunset Boulevard” .

Eventually we learn that Hopkin’s groom has been inside a box with the monster since the 1920’s. The old flapper plans to give the alien monster the young husband, in return for getting her groom out of the box. Needless to say, things do not work out quite as she planned.

A word about the alien monster. It looks like a slimy lump of clay, and has one eye. Not surprisingly, no one takes responsibility for this stupid looking monster in the credits.

Director of Photography, Conrad Hall (“Butch Cassidy and the Sundance Kid”) does his usual fine work here. His clever use of light and shadow in photographing, (in vivid black and white), the old flapper’s house, which is a monument to the twenties, creates an entertainingly creepy mood. The music, by Dominic Frontiere, is appropriately spooky, without overdoing it.

The screenplay, by series producer, Joseph Stefano, is strange and freaky, while still, somehow, allowing us to suspend disbelief.

My favorite scene is when the old flapper’s house disintegrates, at the end of the episode. Combining shimmering imagery, film images, and sparklers, Jim Danforth, Paul Le Baron and Ralph Rodine, of Project Unlimited Inc., effectively convey a house going out of existence.

DO NOT OPEN TILL DOOMSDAY will be rather watchable for most Sci-Fi fans. Those, however, who demand really cool alien/monsters, may not want to watch this episode until doomsday, if at all. On the other hand, those who prefer witty, clever monologues should rent Spalding Gray’s performance video, “Monster in a Box”. The “monster” in this case turns out to be a book manuscript, but hey, at least it’s not a lump of clay!

If you liked DO NO OPEN TILL DOOMSDAY you
should enjoy: The Mice, The Probe, The Guests.
Outer Limits Episode Index