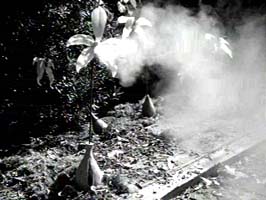 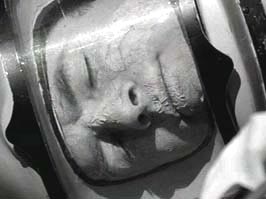 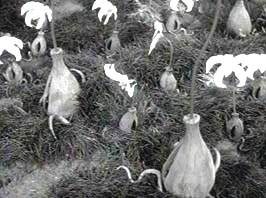 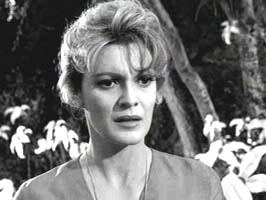 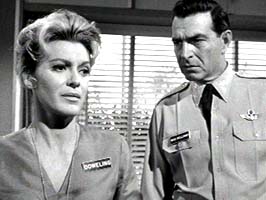 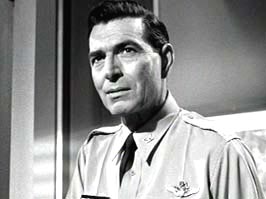 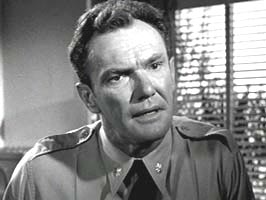 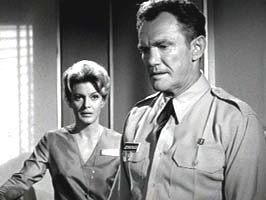 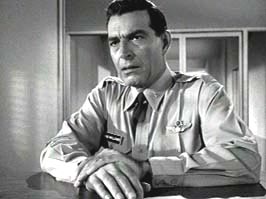 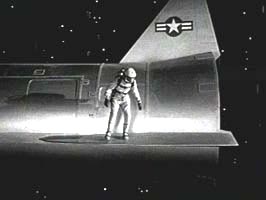 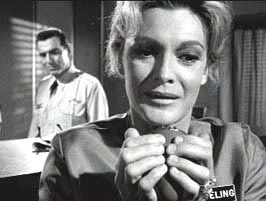 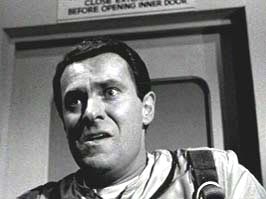 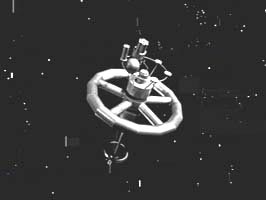 U.S. astronauts bring deadly spores with them when they return to Earth from outer space.

Richard Jaeckel (The Dark) is good as a John Glenn-type, can do astronaut. Russell Johnson (Gilligan’s Island) fans may enjoy seeing him before he played that castaway professor. 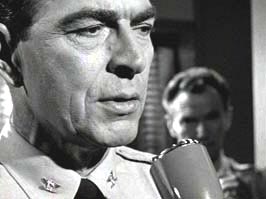 The astronauts head for Earth. On their way, the space plants shoot seed pods and gas at them, causing some of the astronauts to fall ill.

On the ground, the astronauts are removed from their capsule. The alien plants sprout on the Earth at an alarming rate, rapidly filling up a nearby meadow. When it rains, the plants die. 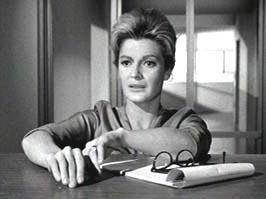 Richard Jaeckel delivers the goods as a “can do” astronaut. With his blonde hair and boyish good looks, he brings to mind the real life, former astronaut, John Glenn.

This episode does not have Director Oswald’s characteristic “look”. I guess it was hard to work long, atmospherically lit hallways into an episode set, primarily in space.

Russell Johnson does what he can with a stiff, head astronaut role. He was soon to have a great deal more fun, playing ‘The Professor,” on “Gilligan’s Island”

The Teleplay, by Stephen Lord, owes a great deal to the film,”The Day of the Triffids”. In “Triffids,” however, the plants were mobile, which made them more visually interesting.

The episode’s FX, which involve an Earth orbiting space station, as well as a space walk by an astronaut, are rather good. The Special Photographic Effects are courtesy of Project Unlimited, Inc.

Director of Photography, Conrad Hall, delivers creative screen imagery. Particularly good is a shot of the spore plants, through the window of a space capsule compartment, shooting spores everywhere.

The music is “spacey,” using harps for emphasis. Dominic Frontiere unsurprisingly, gets the composing credit.

SPECIMEN: UNKNOWN may be slightly watchable for some Sci-Fi viewers. “Gilligan’s Island” fans may enjoy seeing “The Professor” as an astronaut. Others may wish to blast clear of this episode.