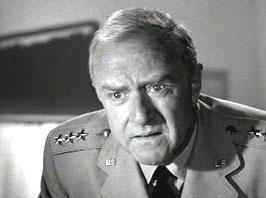 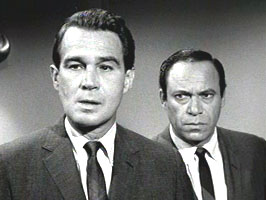 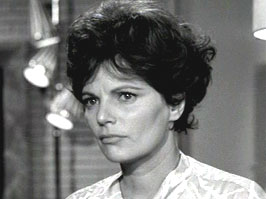 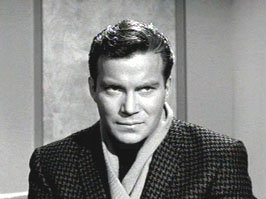 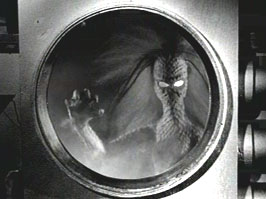 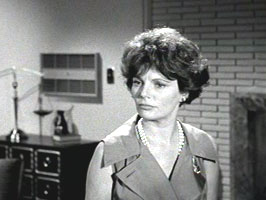 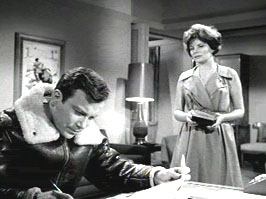 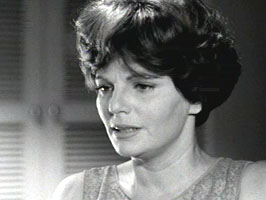 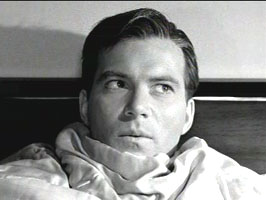 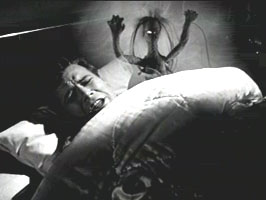 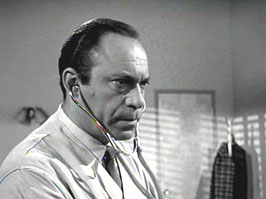 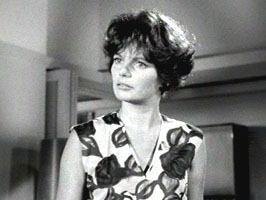 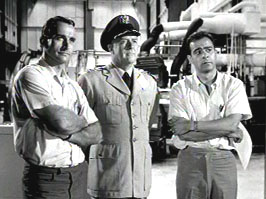 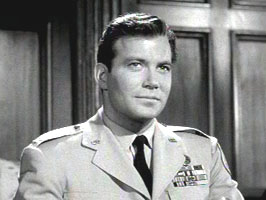 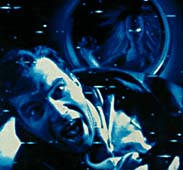 An astronaut, returning home after orbiting Venus, experiences strange side effects from his space journey.

This is the episode where an astronaut is haunted by visions of an alien creature, he may or may not have encountered while orbiting Venus. William Shatner enthusiasts will enjoy his pre-“Trek” performance as an astronaut. The episode’s Venus alien is pretty spooky, thanks to decent puppet work. 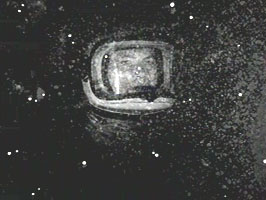 An astronaut orbits Venus. When he returns to Earth, he’s given a ticker tape parade.

The astronaut develops a condition where he’s always cold and needs ever higher level of heat. He also has nightmares about a Venusian creature he may have encountered on his trip there.

After being placed in a special chamber, the astronaut is exposed to extremely high levels of heat. After another vision/flashback of the Venusian creature, he returns to normal. 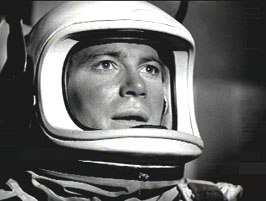 Astronaut Jeff Barton (William Shatner) takes part in a historic voyage orbiting Venus. When he returns to Earth, he is cold all the time, and craves ever warmer levels of heat.

Some of the dialogue in the script, written by Dan Ullman, is pretty hip for it’s time. Returning from his historic Venus orbital journey, Shatner’s astronaut is given a ticker tape parade, and an increase in military rank. When a media guy asks him how it feels to be a general, Shatner replies, “I’ll summarize it in two words: way out.”

Unfortunately, other dialogue passages are quite goofy. During a romantic scene with his wife (Geraldine Brooks) Shatner has to deliver hokey, planetary/mush lines like, “You’re the only world I can discover over and over again,” and ,”You’re the best of all possible worlds.” Beam me up, Scotty!

The episode’s alien is a weird Venusian creature with long arms, floating “hair”, and glowing eyes. The alien was Designed and Photographed by Project Unlimited, Inc. The scenes in which the alien appears are my favorite in the film.

Even at this early stage in his career, (two years before “Star Trek”), Shatner tends to over emote, exaggerating facial expressions and physical movements. Director Haas seems to have been unable, or unwilling, to rein in Shatner’s tendency to overdo things a bit. 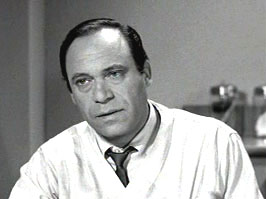 A welcome realistic touch in the episode is the Space Agency’s battle to get money out of Congress, for a proposed Mars Mission. Writer Ullman’s Teleplay, written three decades ago, astutely predicted the difficulty in getting funding for advanced space programs.

Director of Photography, Conrad Hall, delivers creative screen visuals. Striking, is a shot of a shivering Shatner, wrapped in a blanket, photographed through the fireplace.

Oddly enough, the proposed manned Mars mission Shatner is planning to head is called, “Project Vulcan”. “Star Trek” fans may get a chuckle out of this. It would be logical.

The music, by Dominic Frontiere, is your standard ominous/creepy score. The weird music sounds a bit forced.

COLD HANDS, WARM HEART should be fairly watchable for most Sci-Fi viewers. Fans of Shatner, and/or odd aliens should enjoy themselves.